Dominic Davila was born on July 5, 1987 in Chicago Illinois.  He joined the Marine Corps in 2006. Dominic went on two combat deployments one to Iraq (2007-08) and the second to Afghanistan in 2010.  He was injured on July 23, 2010 when his humvee drove over a 100lb IED (roadside bomb).  From this blast, he lost his right leg below the knee, had a talus fracture on his left ankle, received a traumatic brain injury, and many other minor injures compared to the rest.  Dominic spent 3 years of recovery in Bethesda, Maryland.  He got into CrossFit in 2012. Dominic currently trains at Ultimate Crossfit in Charlotte, North Carolina. He has been doing CrossFit for over 2 years now and cannot see himself doing anything else.

"CrossFit has changed my life." 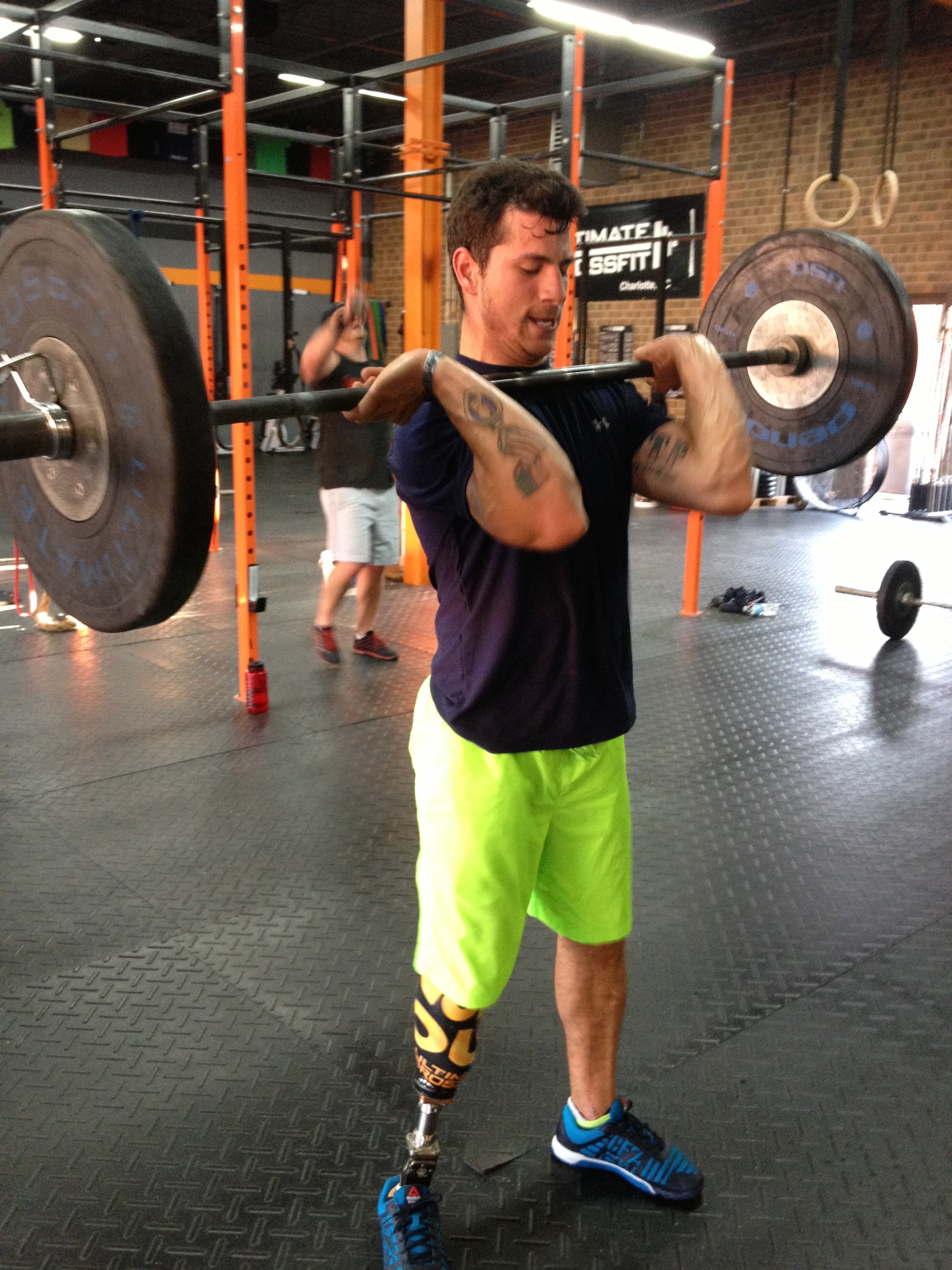