On March 15th, 2010 Mike McDonough had his right leg amputated.  Mike was born with Charcot-Marie-Tooth (CMT) disease which is a neuromuscular disorder.  He had 12 operations on his leg before the amputation, and has had three surgeries on his left leg.  At 38 years old, he is an Adaptive CrossFit Warrior.

In 2012, Mike completed The Challenged Athletes Foundation's San Diego Triathlon Challenge.  He competed in the Working Wounded Games at CrossFit Rubicon outside of Washington D.C. in 2013 and 2014.  He has also completed several CrossFit Competitions and a few Sprint Triathlons.  McDonough trains five to six times a week at Eleventh Element in Hilliard, Ohio. The owner of the gym, CrossFit Champion, Graham Holmberg, has been very supportive in McDonough’s training.

During his surgeries McDonough’s motto was to "stay strong".  His wife and two daughters have been the force behind his desire to compete on a national stage.  He is dedicated and driven to show others that no matter what life throws at you, you can overcome those obstacles. 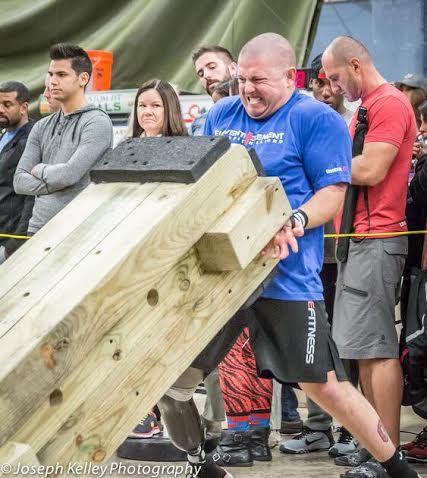