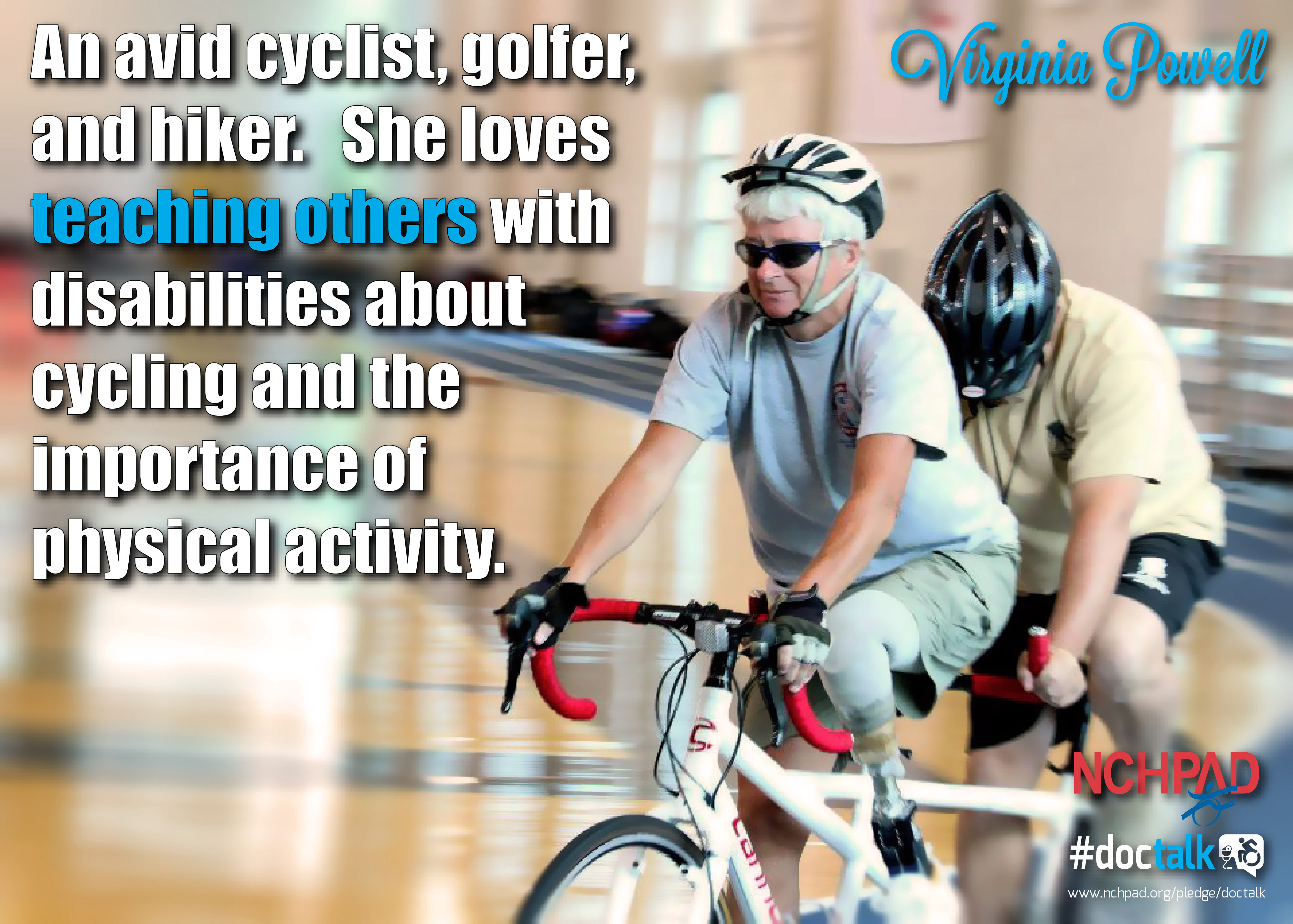 Virginia was born missing her fibula and had surgery at one year and five years of age to stretch her leg so that she would not have to wear a built up shoe.  Metal rods were placed through the leg bone and twice a day exterior screws were turned to stretch the tibia.  Surgery was not successful and at the age of eight her left leg was amputated and she was fitted for a wooden prosthetic leg.  As she grew pieces of wood were added at the ankle and shaped to match her leg.  Virginia was very active as a child, and since she swam in her leg, the wood would eventually rot and a new leg was needed.  She’s always enjoyed the outdoors and was active in playing with kids in the neighborhood.  She could never run as fast as them, but Virginia was always on her bike and could usually ride faster and further than them.  As an adult, she’s still an avid cyclist, golfer, hiker and enjoys being out on Smith Lake.  As technology improved prosthetic devices, walking became much easier and comfortable.   Virginia spent 25 years as a special education teacher in a local school system and was "discovered" by Lakeshore Foundation at an in-service through the school system.  She was two years away from retiring when the staff of Lakeshore was presenting on the activities available to people with disabilities. Virginia told her friends sitting next to her that…"this is where I am going to work when I retire" and the rest is history!  She loves teaching others with disabilities about cycling and the importance of physical activity. Virginia can be found at many of Lakeshore’s recreational camps helping children, adults and injured service members.