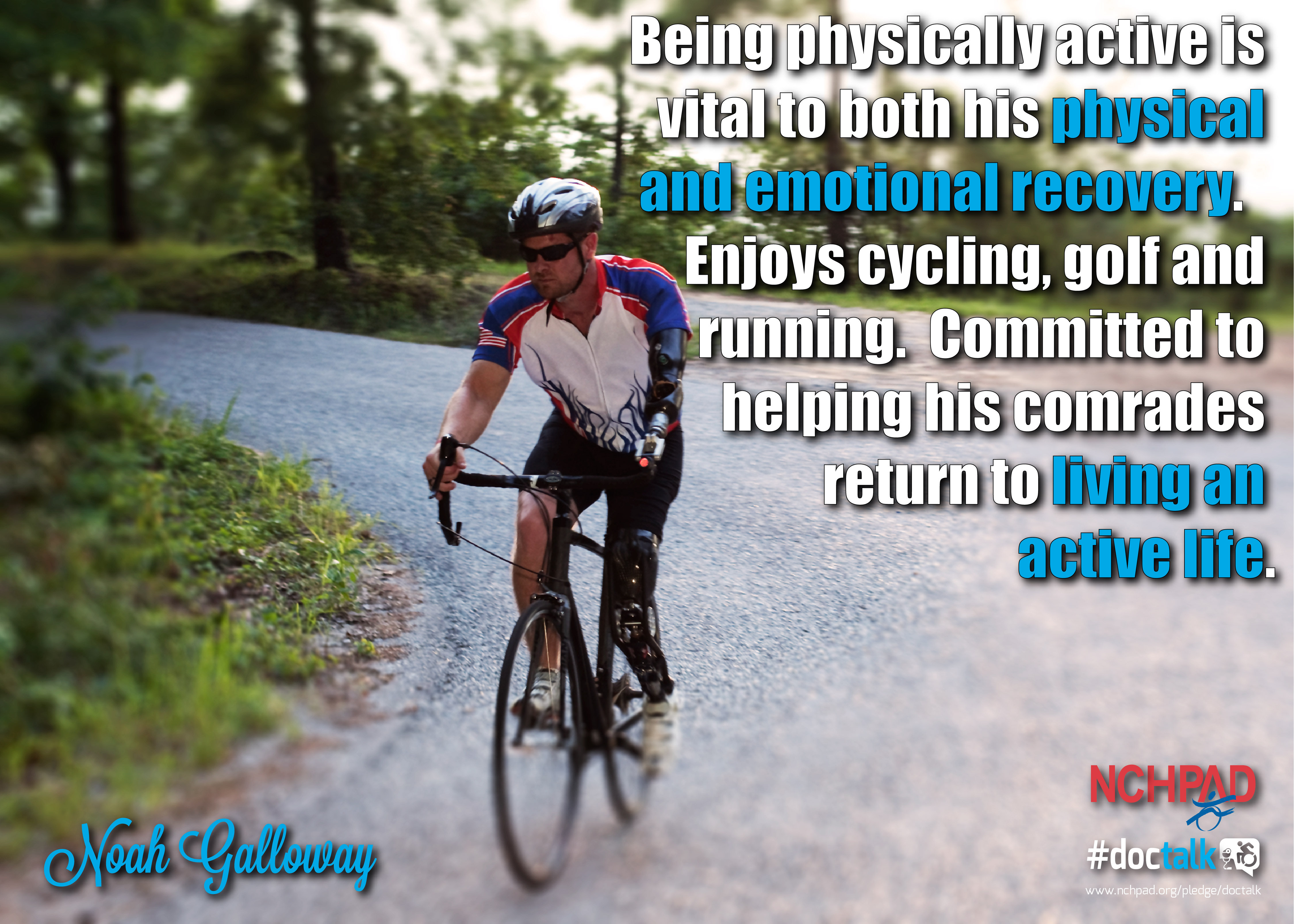 Sergeant Noah Galloway, retired, is a 30-year-old native of the Birmingham, Alabama area.  In October 2001, he enlisted in the Army, an act that would change his life forever. Noah was assigned to the 1st of the 502nd Infantry of the 101st Airborne Division out of Fort Campbell, Kentucky. As an infantry soldier, he was one of the few elite soldiers who would serve as a front line ground troops during a time of war. In 2003, Noah fought in the initial strike on Iraq and spent one year fighting in Operation Iraqi Freedom. In 2005, Noah was redeployed to Iraq and just three months later, he suffered a life-changing injury, which resulted in the loss of an arm and a leg. Moving beyond the emotional scars, Noah focused all his energy on his physical recovery and used the support of his fellow injured soldiers at Walter Reed as inspiration. “Whether it is a spinal cord injury, traumatic brain injury, blindness, loss of limb or some other kind of injury, we were all trying to find out who we were now that we were out in our communities with our new bodies, new mindsets and new lives,” Noah said.  Noah has found that being physically active is vital to both his physical and emotional recovery. Since 2006, he has been involved with Lakeshore Foundation and is committed to also helping his comrades return to living an active life. He enjoys cycling, golf and running.  To learn more about Noah, visit his website at http://noahgalloway.com/.