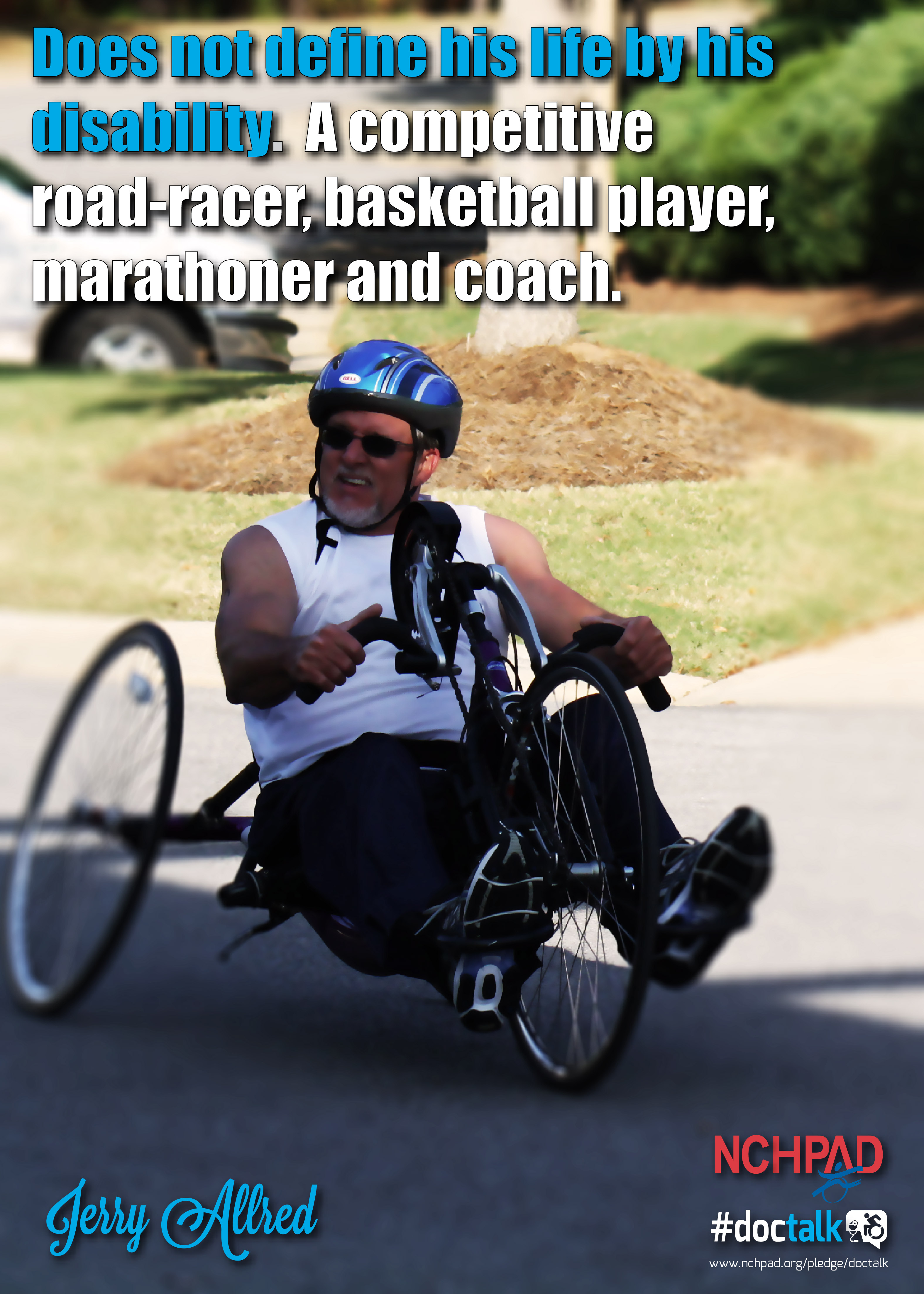 Jerry is a 53 year old father of four children. He’s independent, has a house, raised a family and his adult kids still look to him for support. Jerry retired as a computer programmer in 2009, and competes and coaches in several sports. This “healthy, everyday Joe, living a normal life” has even participated in the Boston Marathon.  Jerry also has had a disability for over 35 years. In 1976 on December 3 (the same day that International Persons with Disabilities Day is recognized) Jerry was hit by a drunk driver. The accident left him as a partial paraplegic.

Jerry’s life is not defined by his disability. He lives life just like anyone else without a disability would live their life. “There’s lots I can do, and there are some things that I can’t do,” said Jerry. “I drive, I invest money. I’m not rich, but I’m not poor. I enjoy being healthy, and being independent.”

As a person with a disability, however, Jerry has experienced many barriers. Recovering from recent rotator cuff surgery, his rehabilitation specialists “couldn’t see past his disability”, administering tests and delivering additional rehabilitation visits that a person without a disability wouldn’t receive. He once was being prepared for surgery when a nurse proclaimed “he doesn’t need an epidural, he’s a paraplegic.” Jerry had to inform the nurse that he was only a partial paraplegic and that he would indeed need an epidural.

Jerry was in line at an Alabama court house to renew his parking permit and also renew his son’s registration. He watched a worker walk down the line and ask people “what do you need?” When she got to Jerry and saw his wheelchair, he was asked “who are you here with?” And Jerry finds it difficult to go to concerts and baseball games with a large family or friends gathering, because rarely are handicap-accessible tickets available for more than two people.

Jerry has seen a lot in over 35 years as someone living with a disability. He’s seen many of the barriers and attitudes towards people with disabilities persist. But he’s also seen many positive changes to get people with disabilities physically active through recreational opportunities such as golf, fishing and even snow-skiing. There are now organizations such as Lakeshore Foundation - where Jerry works part-time coaching youth basketball and track - that provide recreational opportunities.

Jerry states: “I don’t expect the world to revolve around us. I will adapt – just make it so I can adapt.”