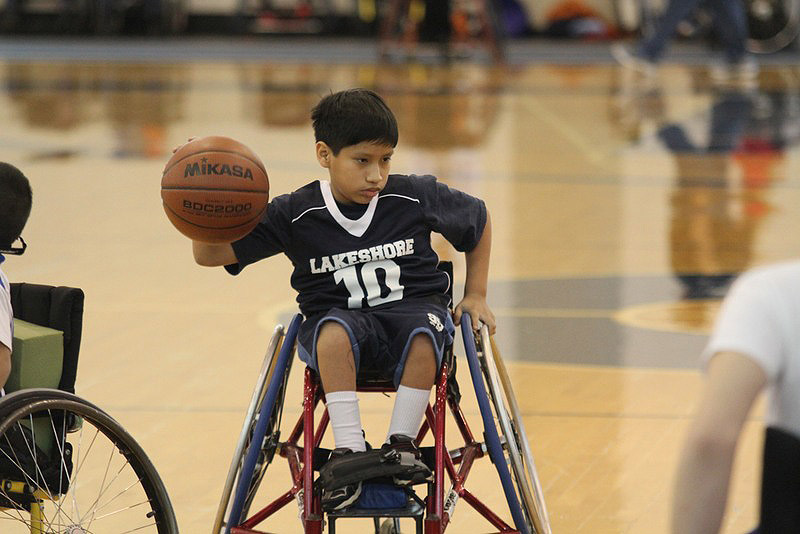 Dribbling - Players with the ball cannot push more than two strokes with one or two hands to advance without dribbling the basketball. However, a player may wheel the chair and bounce the ball simultaneously. More than two strokes of the wheel(s) without a dribble is a traveling violation.

Jump ball - Each jumper shall be firmly seated in the chair and shall have all wheels on or inside that half of the restraining circle that is farther from his or her own basket. An official shall toss the ball upward between the jumpers in a plane at right angles to the sidelines, to a height greater than either of them can reach and so that it will drop between them. One or both of the jumpers must tap the ball after it reaches its highest point. If it touches the floor or lands on either jumper without being tapped by at least one of the jumpers, the official shall toss the ball again.

Pivot - It is legal to pivot as in regular basketball. A pivot takes place when a player who is holding the ball turns the chair to the left or right in a given place without specific direction.

This may be done: 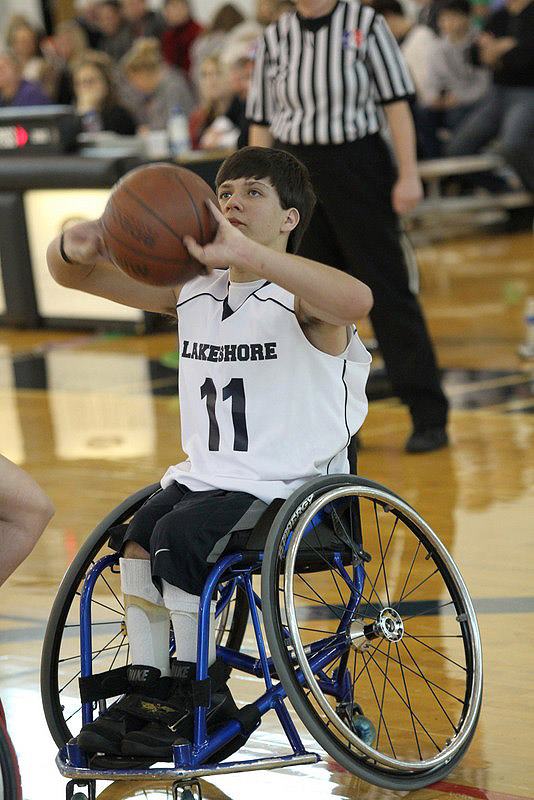 Inbounds/ Out-of-Bounds - A player is out of bounds when any part of his or her body or wheelchair touches the floor or any object on or outside of a boundary.

Shot Clock - There is a 30-second shot clock for offensive possessions.

Physical Advantage Foul - All players must remain firmly seated in the wheelchair at all times, not using a functional leg or stump for physical advantage over an opponent (e.g., raising out of the chair, or using the heel on the floor to maneuver the chair, or leaning forward on the foot rests to guard a player). A defensive player guarding an offensive player may not gain an advantage by leaning so far forward that his or her foot rests touch the floor.

For more information about wheelchair basketball, including an extensive list of rules, contact the National Wheelchair Basketball Association (NWBA).