Quad Rugby, or wheelchair rugby as it is also called, is a sport with roots going back to 1977 in Winnipeg, Manitoba. The sport was originally called Murderball due to its aggressive nature. It was introduced in the United States in 1981 by Brad Mikkelsen, who with the aid of the University of North Dakota’s Disabled Student Services, formed the first team and changed the game’s name from Murderball to Quad Rugby.

The first wheelchair rugby match in the United States was hosted as an exhibition game at the 1982 National Wheelchair Games at Southwest State University; the two teams that participated were North Dakota and Minnesota.

In 1988, the United States Quad Rugby Association (USQRA) was formed to help regulate and promote the sport within the U.S.(www.usqra.org).  Since its introduction, Quad Rugby has grown to become an international-level sport, with teams now competing around the globe. There are now more than 45 organized teams in the U.S. with many others in the developmental stage.

In addition to the teams in the United States, there are currently 40 active international teams that are governed by the International Wheelchair Rugby Federation (IWRF).  These teams, if qualified, play at the Paralympic level and compete for medal contention every four years. 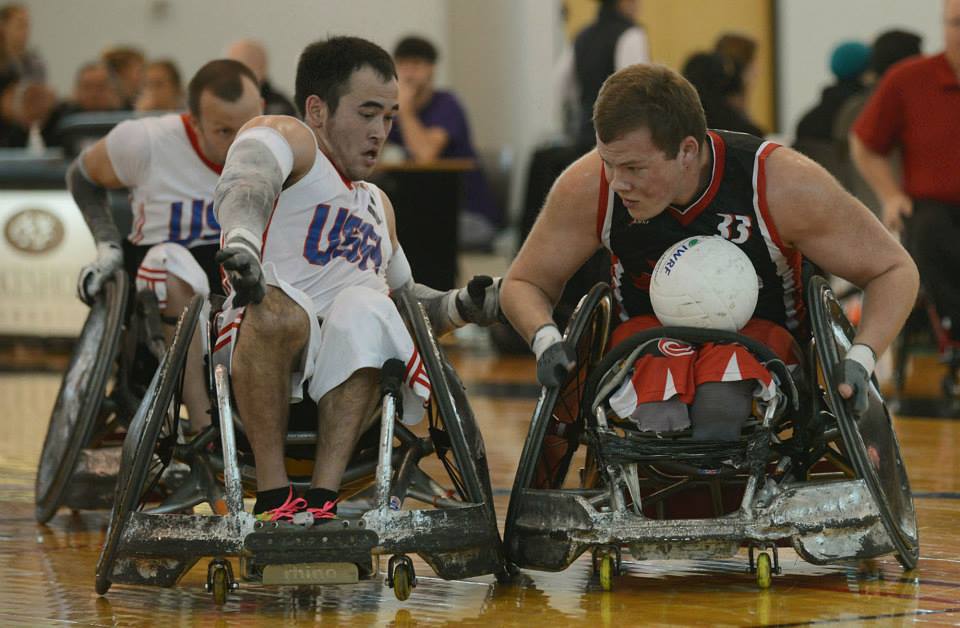