Care for the Caregiver

Many people with disabilities and/or older adults rely on a caregiver, which according to the National Caregiver Alliance, is defined as someone over age 18 who assists with activities of daily living and/or medical-related tasks.  As the U.S. population has aged, the health status and disparities experienced by caregivers have become an urgent public health issue.

Effects on Mental and Emotional Health 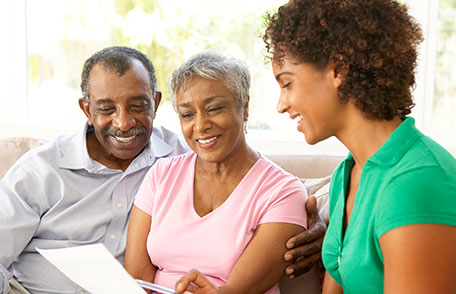 Surveillance and studies have consistently shown that caregivers are more prone to experiencing symptoms of mental health disorders, especially depression and anxiety.  Often, as the level of function of the individual receiving care declines, depressive symptoms can remain or even get worse, particularly if the individual is placed in a nursing home or other long-term care setting.  Caregivers also report higher levels of stress and fatigue, often with an accompanying loss of self-identity and self-esteem.  These feelings can often lead to higher rates of substance abuse, and if an individual is caring for their spouse, may lead to harmful behavior toward him or her.

Effects on Physical Health
Caregivers report higher rates of chronic pain and other minor ailments such as headaches and acid reflux.  Caregivers have been shown to have a diminished immune response, exhibiting a reduced level of antibody response and a higher response level of stress hormones, which can make an individual more prone to illness.  Caregivers also report higher levels of other chronic conditions such as heart disease or hypertension and exercise less than their non-caregiver peers, making obesity more common.  Those providing 36 or more hours of care per week reported higher rates of smoking as well.

Exacerbating all of these health conditions, caregivers are less likely to engage in self-care.  A 2006 study showed that nearly ¾ of caregivers do not go to the doctor as often as they should, and this is further complicated for those living in rural areas where primary care is more difficult to find.  Ultimately, caregivers have a higher mortality rate than their non-caregiving peers.