Boccia is a precision ball sport originally practiced as an activity for individuals with cerebral palsy, but is now played by athletes with other disabilities affecting motor skills.  Boccia was introduced as a Paralympic sport at the 1984 Paralympic games in New York. In 2008, boccia was being played in over fifty countries worldwide.  The governing body for the sport is the Boccia International Sports Federation (BISFed).  Boccia is also an official sport of the National Disability Sports Alliance (NDSA), the Dwarf Athletic Association of America (DAAA) and Special Olympics International (SOI).

Boccia is a competitive game that can be played one-on-one, in pairs, or in teams of three. It is played on a specially marked court, usually with a hard surface. The object of the game is to throw or bowl game balls so that they land as close as possible to a special target ball. The game begins with a player throwing the white target ball onto the court. Opponents then take turns trying to throw or bowl their game balls as close as possible to the target ball. When all the game balls have been thrown, a referee determines the points awarded to individuals or teams based on a measurement of how close the game balls are to the target ball. 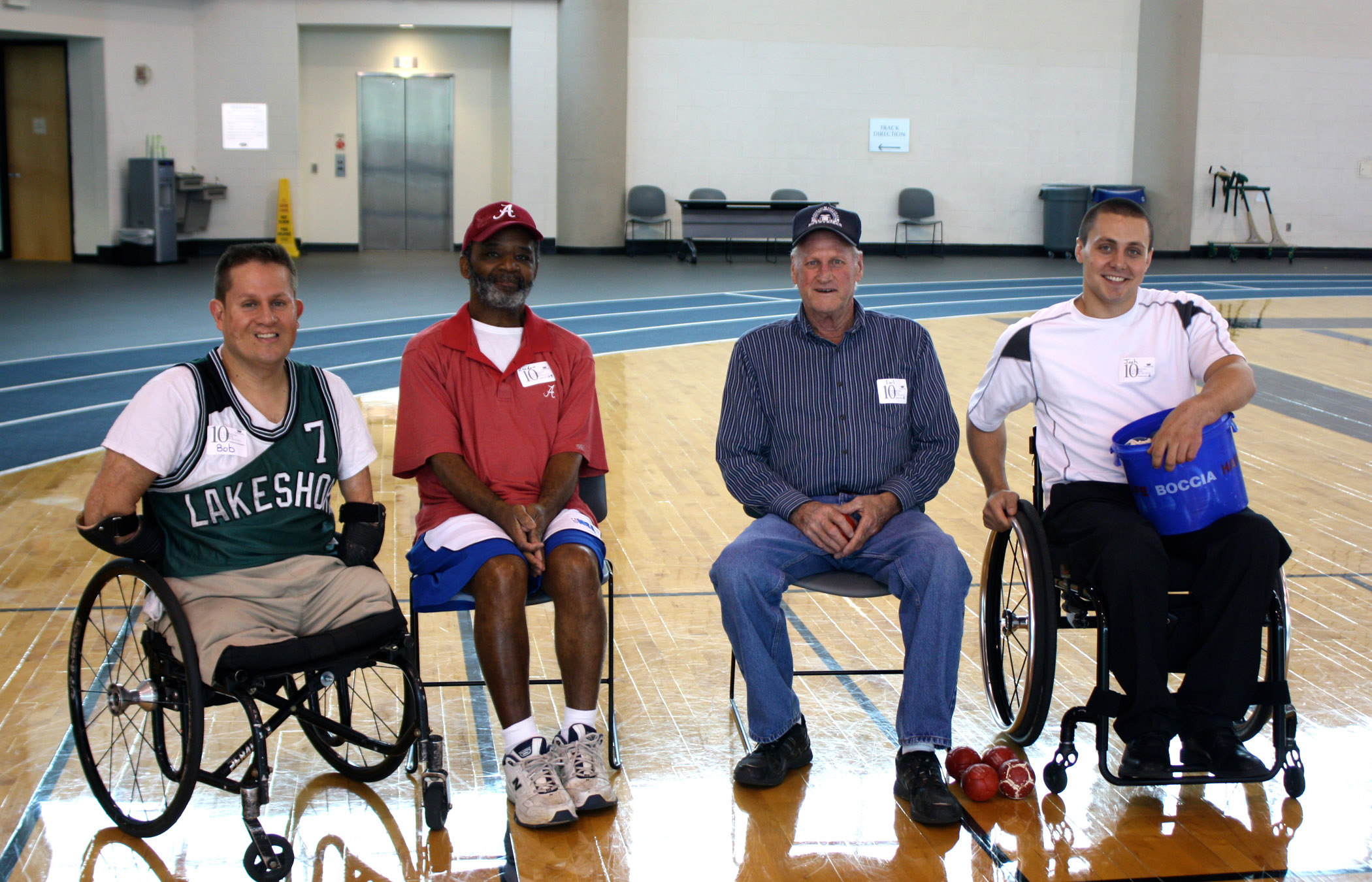 A group playing Boccia as a recreational activity at Lakeshore Foundation.