The Most Surprised Man in the Room

“Yes, I know you are a Paralympic athlete and 47 years old - you've had a heart 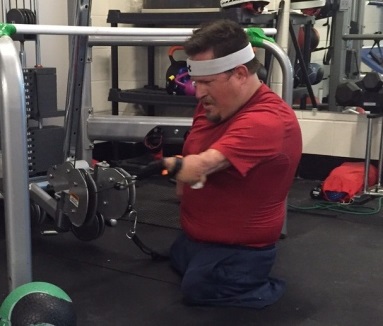 attack.”  This is what the treating physician on staff at St. Vincent’s Hospital told me on August 10th, 2017.  I couldn’t believe it.  It felt like a scene out of the twilight zone; however, as someone with a physical disability for over 35 years, I am susceptible to secondary health conditions.  Many people with disabilities have a sedentary lifestyle, which leads to increased health concerns such as obesity, stroke, diabetes, cancer, and heart conditions.  Though I am aware of these trends, I was still the most surprised guy in the room.

It started out as a typical week with my scheduled workouts on Monday, Wednesday, and Saturday.  I would even play tennis on Sundays with my wife and friends; however, I decided to mix it up on Wednesday, August 9th, and complete a swim workout, which I had not done all year.  Everything that evening seemed fine after swimming until I woke up the next morning to get ready for work.  I noticed a small compression feeling in my chest and a tingling sensation in my left arm,  I did not think anything of it.  As I continued to get ready for work, I was brushing my teeth and felt a small ache on the bottom left side of my mouth.  Now, I do know the symptoms of a heart attack, as I am certified by the American Red Cross, but there was a part of me that felt that maybe I overdid it with my workout the night before.  Maybe last night’s workout is why I’m having chest pain, I thought to myself as it was possible I could have injured or strained my pectoral muscle.  I knew that it would eventually subside.

I drove myself to work, and as I reached my desk, the aches and pain that I felt earlier were now more forceful.  My wife asked if I felt okay, to which I responsed with a simple yes to avoid worrying her.  She said, well, you don’t look okay.  Come to my office so I can take your blood pressure.  I didn’t want to go because I had a heavy workload to get started on, but I went anyways.  My blood pressure was 160/80, which is a little higher than the normal range, but I was unaware of my resting blood pressure.  I contacted my physician to see if he could email me my blood pressure from my most previous check-up.  It was about 3 hours later that I received a reply.  My blood pressure at my last check-up was 133/70.  I immediately retook my blood pressure to compare, and it was 179/110 – even higher than in the morning!  It was at this moment that I knew something more serious and severe was going on.  The diastolic number was at a place that I never thought I would see.  Even though I recognized the symptoms and had confirmation with the blood pressure check, I still had a little hope that it was not a heart attack.  This has got to be a mistake!

I drove myself to a walk-in clinic. It was there that I had to face issues of being a person with a disability.  The doctor on staff recommended an x-ray and an electrocardiogram EKG to check for any heart issues.  The x-ray was in a room where I had to get on top of a table.  With the help of my wife, I transferred myself from my wheelchair to the high table, and then she assisted to hold the box-like apparatus that contains the x-ray film.  We had to do this about four or five times.  After several minutes, the doctor returned and stated that the cardiogram showed some heart abnormality rhythms, but she was not 100% sure.  I was excited to hear that!  I even thought this was clearance to go home.  My wife, on the other hand, had more questions.  “Doctor, what would you do if this was your spouse?” she asked.  The doctor mentioned that she would go to the hospital, and so that’s what we did.  My wife drove me to the emergency room (ER) at St. Vincent’s hospital.  It was several hours later until I finally got into an ER room.  After numerous blood tests and another EKG, I was told around midnight that I indeed had a heart attack.  I had no more doubt, but the realization of what I probably knew deep down inside didn’t want to realize is that at age 47, I had a heart attack. 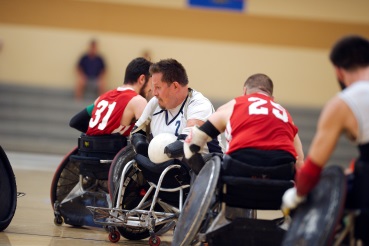 After this fact, I then embarked on the most comfortable hospital stay that I have ever had.  I was admitted on the morning of Friday, August 11th.  The cardiologist realized that there might be a blockage in the arteries, but she had questions as to how since I’m a very active person and oftentimes eat a proper diet too (I can always improve there).  My response was straightforward though. My dad had a heart attack at 55 years old, and his father died from one at age 80.  It seems that heart attacks are a part of my family history and genetics.

That Friday afternoon, I had heart catheter surgery to see what was going on in my heart.  This was by far the most comfortable surgery I ever had, and I have had over 25 operations.  I was awake during the process and on Fentanyl, yet I did not feel any pain.  The surgeons made a small incision near my groin area and placed a tube with a camera up through my thigh and into my chest area.  I could see everything!  I saw my heart and lungs on a TV monitor that I could watch while having surgery, and I even chatted with the surgeon from time to time.  It turns out that I did have two blockages.  One was the Left Anterior Descending (LAD), also known as the widow maker, and it was blocked at 80%.  The other was the Circumflex (CX) and blocked at 100%.  If the LAD had gotten to 100% blockage, then this article would have been written by a ghostwriter.  I watched the surgeon unblock both the LAD and CX and then place stents to support blood flow.  It was only about a 30 minute procedure, and then I went back to my room to recover.  I was released on Saturday morning.  I stayed two days in a hospital which included a heart surgery – wow!  Medical technology has vastly improved from the last time I had my first operation in 1990.

The next step in my recovery was to go to St. Vincent’s Cardiac Rehab for a 15-week workout plan.  When I went over for my initial evaluation, I was surprised to find out that the staff was not sure on what exercises to administer.  I provided them with videotaped workouts that I do on a regular basis which have been published by NCHPAD.  They agreed.  For the next 15 weeks, I was getting up early three times a week to do the exercises that I typically do anyway, just not originally that early in the morning.  Interestingly enough, this made me wonder if other people with a disability go through the same issues with exercise after they have a heart attack. 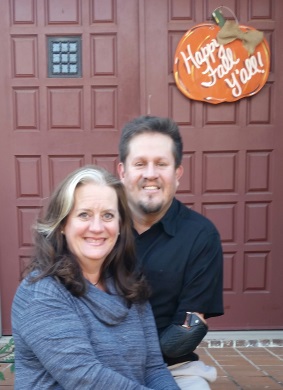 many fitness facilities do not include people with disabilities within their facility planning and programming.  Over 48% of adults with a disability do not participate in vigorous activity.  How can people with disabilities that have a cardiac condition have a successful cardiac experience?  How can you avoid being the most surprised person in the room?  Fortunately, the American Heart Association (AHA) has the resources and services to assist all people with training and awareness of cardiac issues.  The AHA provides advice, guidelines, and tips for staying motivated for physical fitness.

My cardiac recovery experience has been a success, as I have been cleared to resume competitive sport and fitness activities.  My success is because of the excellent staff at St. Vincent’s Hospital and Cardiac Rehab.  A big thanks to my wife, Windy and everyone at work for their love and support.

Have you been through a cardiac issue? How was your experience?