Poverty and Health of People with Disabilities

People with disabilities have been a demographic that experiences poverty at a rate disproportionate to their peers without disabilities.  Population surveys have consistently shown that nearly one third of people with disabilities live below the poverty line and they’re more than twice as likely to live in poverty when compared to their non-disabled peers. More women with disabilities live in poverty than men, and as with any other demographic, poverty declines with a greater level of education.  People with disabilities also tend to achieve lower levels of education compared to their non-disabled peers. (1,2,6)   It has been well-established that experiencing disability can be both a cause and a consequence of poverty.  Having a disability can lead to loss of employment and a reduction in income, coupled with significant increases in health care costs, these conditions can cause the financial distress that lead to impoverished conditions.  Poverty can also foster living in conditions that do not promote health or access to health promotion opportunities. 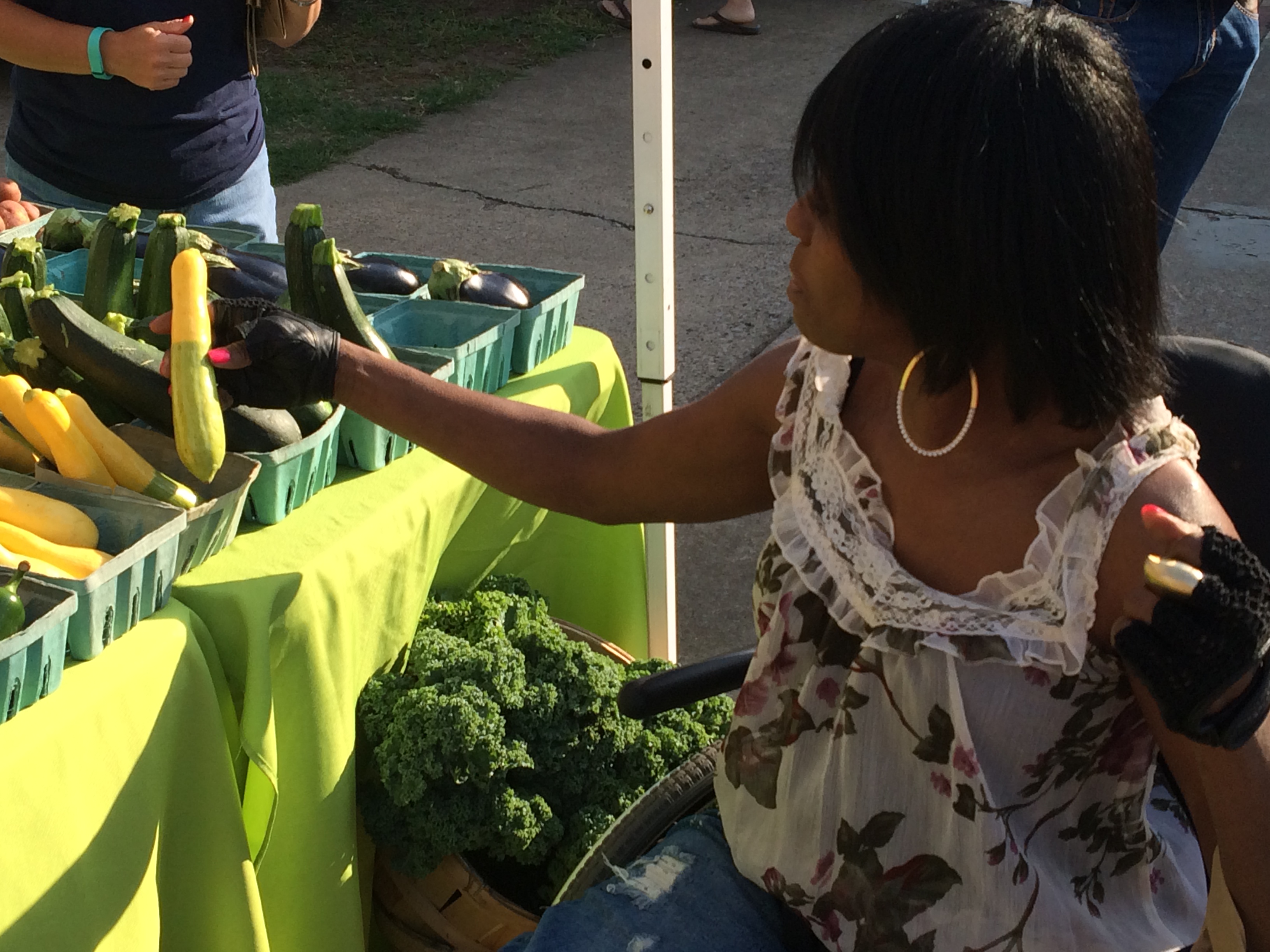 Poverty and Health of People with Disabilities: Food Insecurity (1)
Where does health come into play in the discussion of poverty among people with disabilities?     A 2013 report from the US Department of Agriculture Economic Research Service (USDA ERS) found a strong relationship between food insecurity and having a person with a disability in a household.  Food Insecurity can be characterized in one of two ways, Moderate or High.  Moderate food Insecurity (or Low Food Security) is characterized by reduced quality, desirability and variety of diet with no indicators of reduced food intake.   High Food Insecurity, (also called Very Low Food Security,) is characterized by the same features as Moderate Food Insecurity but with disrupted eating patterns and significantly reduced food intake.  Both of these situations are much more common among households with at least one adult of working age with a disability.  In fact, among those households, about 50% are more likely to fall into Very Low Food Security.  The impact of such limitation in food intake, and particularly intake of nutritious food, can often exacerbate certain conditions and even cause additional health problems.  The aforementioned study by the USDA also noted that while many people with disabilities are enrolled in assistance programs such as Supplemental Nutrition Assistance Programs (SNAP), or Food Stamps, this often does not make up offset expenses enough to ensure adequate nutritious food in the household.