Breast Milk and Children with a Disability

On October 30, 2015, my husband, Josh, and I received a call that would forever change the course of our lives. A birthmother in another state had heard through an adoption attorney friend that we were interested in adopting again, and at 8 months pregnant, she was making plans to place her baby that was due to be born just a few weeks later. A team of attorneys, a social worker, and our two families began the fast and furious work of getting everything in place in preparation for the baby's arrival, which for me, included the added mission of preparing my body to breastfeed our new addition.

Having breastfed each of our four biological children, one of whom was diagnosed with an IgG immune deficiency as a baby, I had a clear understanding of the unmatched benefits of breast milk as an infant's primary food source, and I was committed to providing that same gift to my youngest son or daughter to whatever degree and for however long I was able. Under my doctor's supervision, I began the rushed protocol to induce lactation, and much to my delight, I began producing breast milk in small quantities within two weeks. I froze all the milk I was able to pump and packed it to go as my family began a 10-hour drive after getting word that our baby's birthmother was in labor.

We had just crossed the border into a neighboring state when our adoption attorney called to share the incredible news that we weren't going to meet our newest son or daughter, but that we were just hours away from meeting our newest son and daughter. Unbeknownst to us all, a tiny twin sister had been growing beside her brother the whole time. That delightful news turned terrible, though, when we soon learned that our little surprise twin was goingto be born with hydranencephaly, a condition that is considered incompatible with life. 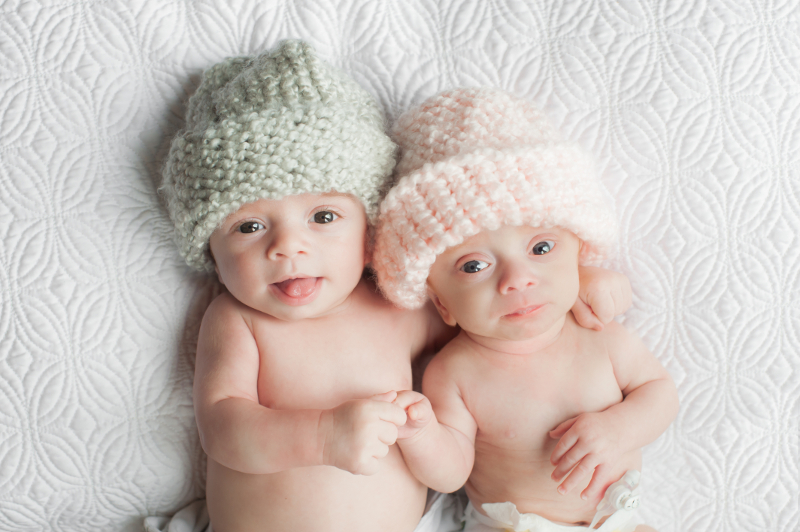 The first few days of Sam and Ava's lives are a blur as we met with countless doctors, nurses, specialists and staff to learn all we could about Ava's terminal condition. As Sam was proving himself to be strong, healthy, and a great nurser, Ava's life was hanging in the balance. What we began to refer to as "the NEC scare" became commonplace as she frequently had blood in her stools which prompted the immediate chain reaction of holding all feeds, doing many rounds of blood work, and performing x-rays every few hours for suspected necrotizing enterocolitis. We'd never had a baby in the NICU and, therefore, assumed that the way things were being done was the only right way to do them. Finally,  a lactation consultant asked if i was interested in trying to pump enough to feed Ava breast milk through her NG tube instead of continuing to cycle through the highly specialized formulas that her body was constantly rejecting. 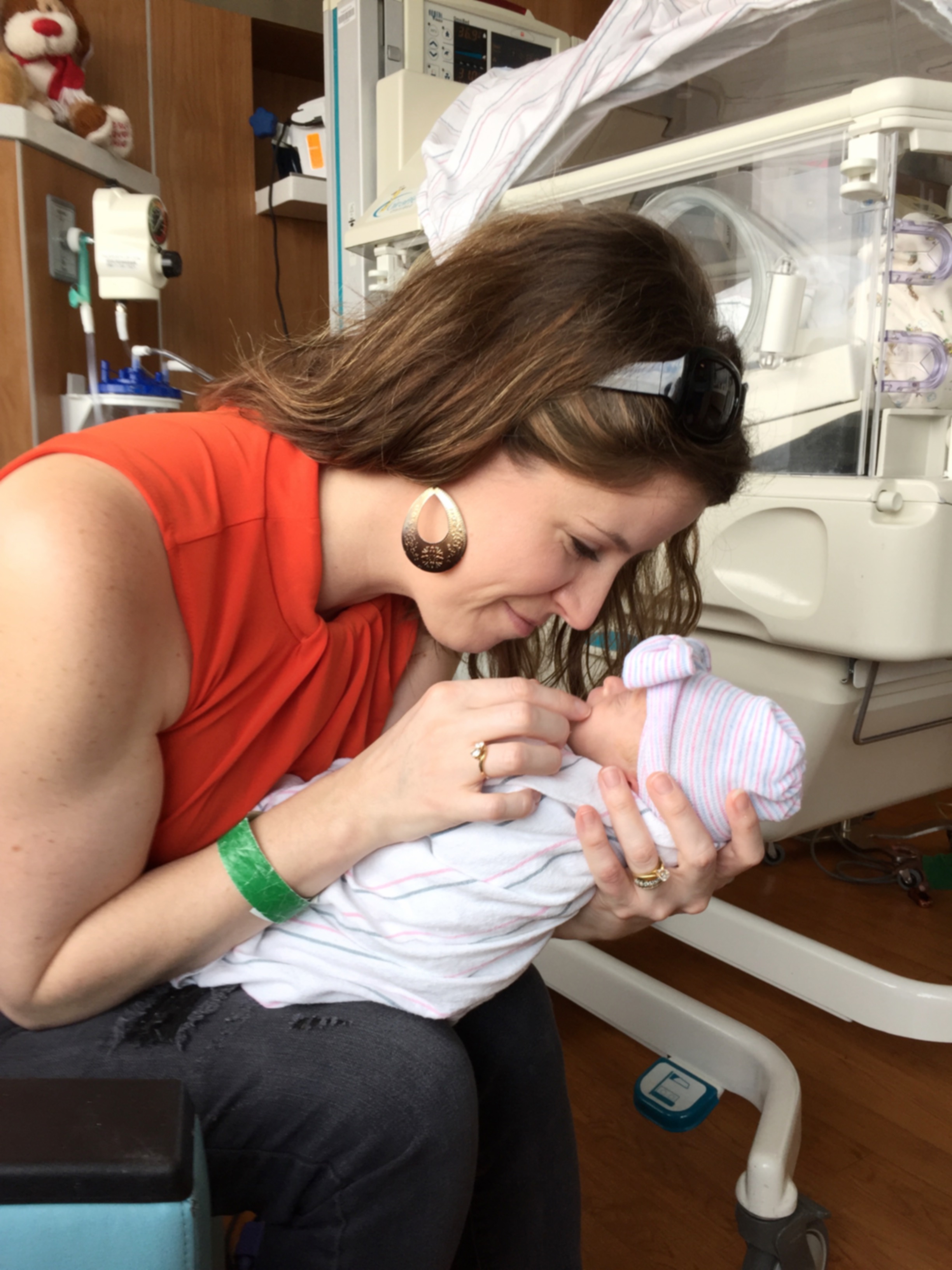 All of the NEC scares dissipated as soon as we started Ava on breast milk. She finally began to add weight to her tiny three pound body, and we enjoyed a short season of rare NICU calm as I worked to feed two babies. Heartbreakingly, though, with less than four weeks to prepare my body to breastfeed, combined with the extreme stresses of life in the hospital with both a well-baby and a terminally ill baby, my milk supply dwindled to the point that I could no longer feed either of our twins. It seemed that we had no choice for Ava, but to try one last kind of formula, the most basic, elemental available.

Within 24 hours of starting the new formula, the bleeding began again. Donor breast milk was never offered to us and when we asked about it, we were told that because of the short supply, it simply wasn't an option for our case.

Ava's birth hospital soon provided a life flight transport to a children's hospital in our home state where she underwent surgery to place a gtube in an effort to help her gain weight more quickly and effectively. While the NEC scares slowed, she began to frequently vomit her feeds, but the only additional option we were given was to look into purchasing donor breast milk. At upwards of $4 an ounce, there was no way financially that we could provide for her long term in that way. Shortly after being discharged home on hospice, though, a friend offered to ask around in a Facebook group that she was a part of to see if there were any moms who were willing to donate breast milk to give Ava's gut a rest from the continual inflammation she experienced from formula intolerance. Through many ecstatic tears, I discovered that after the first meet-up of nursing moms, the freezer was stashed with more than 1,000 ounces of donor breast milk! Our hospice nurse and pediatrician were both delighted to hear of our new arrangement and could see immediate benefits for Ava's body as she never again had a bloody stool or regular vomiting. As the months ticked by, she put on pound after pound, more than tripling her birth weight by the time she passed away at almost six months old.

It's common knowledge that breast milk is unparalleled in its benefits to newborns and infants. Because its antibody and nutrient rich, it gives babies a tremendous boost to their overall health and wellness, and as we saw so clearly with Ava, it's undoubtedly the most easily digestible form of food for new babies. Each of those is a solid reason to provide breast milk for well babies, but how much greater the need is for little ones whose health is already compromised! Our family, along with the medical professionals who worked with Ava throughout her life, believe with great certainty that without the breast milk she received from me during those early days of her life combined with the enormously generous gift of donor breast milk from so many women in our community, Ava could have never overcome the mountains of health challenges standing between her and the life that we so greatly desired for her.

As Josh and I stood over her tiny bed on the night of her birth and listened to the doctors share the severity of her condition and the expectation that she would die very, very soon, we set just one goal for our baby girl: to get her home to live a beautiful life with her family. Love, prayer, and a whole lot of breast milk helped her do just that. 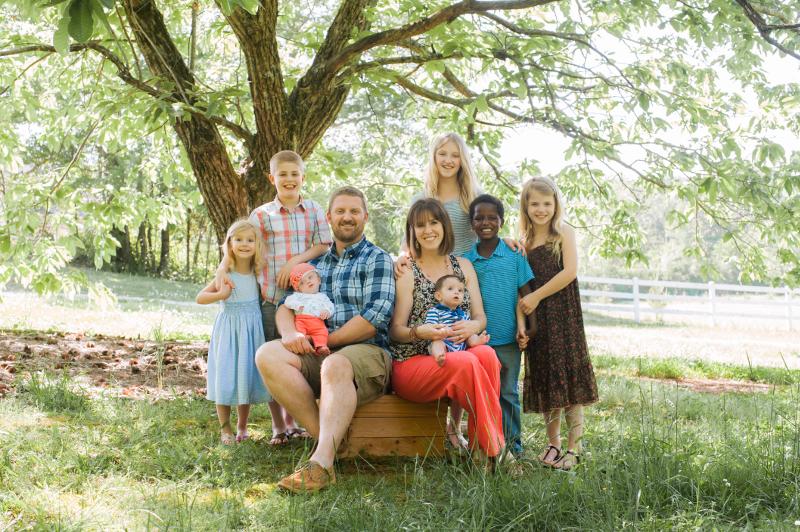