There are several rifle sights that can be used to accommodate a wide range of disabilities and limitations.  The standard front and rear sight works well for individuals without visual impairment, and has been found to be the most accurate for these users.  Individuals that have mild vision impairments may want to investigate using a red-dot sight.  The reticule in a red-dot sight that the user looks through is larger than the standard front and rear sights, allowing easier viewing.  Using a red-dot sight is also easier when learning how to shoot, but again it is not as easy to be consistent with compared to the front and rear sight system.   The final type of sight that can be used is a projection laser sight.  This type of sight projects a red dot down the range and onto the target.  It allows third parties, along with the rifle operator, to see where the rifle is being aimed.  The projection laser sight can be used to allow someone with a more severe visual impairment or blindness to shoot.  Using this setup, the individual with visual impairment operating the rifle is paired with a sighted “spotter” who can call out commands to the shooter.

Sandbags are perhaps the most useful equipment used to adapt target shooting.  Sandbags can greatly assist a shooter in both holding a rifle and aiming.  Shooting rifles are heavy and can often be difficult and even unsafe for some individuals to hold.  In this case, sandbags can be stacked on top of the shooting table to the desired height, and the rifle can be placed on top of the sandbags for added support.  This setup not only takes all of the weight of the rifle off of the operator, but also eliminates a majority of shaking movement while aiming at a target.  Participants that have low arm strength or have difficulty in holding the rifle steady should consider using sandbags while target shooting. 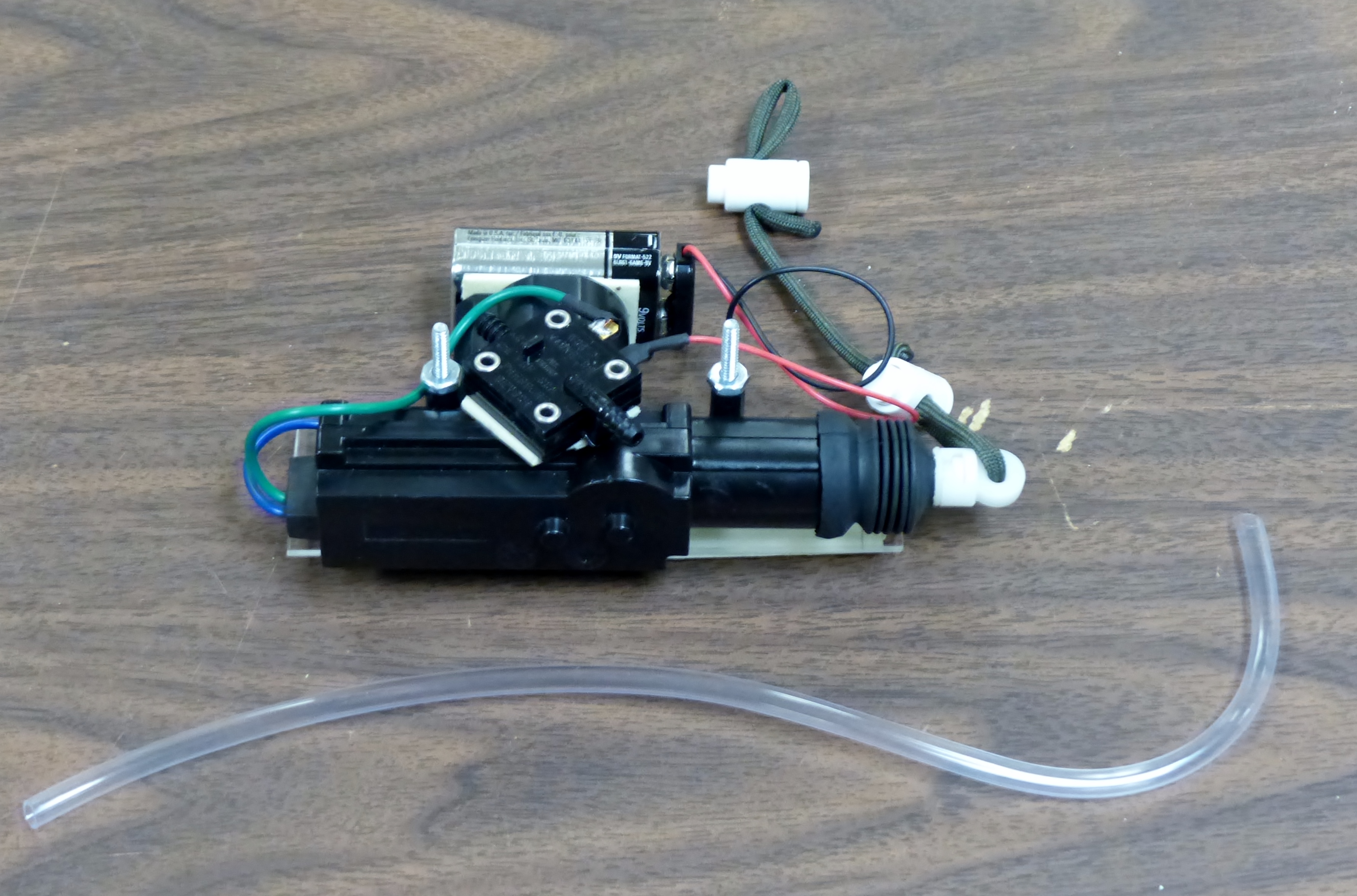