How to Make an Inclusive Video More Impactful

How to Make an Inclusive Video More Impactful

There are millions of videos on the internet, but only some of them have a story that really resonates with a large audience and leaves an impactful message.  I’ve been making documentary films for 11 years, but only started making movies that deal with the concept of inclusion four years ago with the National Center on Health, Physical Activity and Disability (NCHPAD).  Asking people about inclusion is harder than you would think. Sometimes, people do not understand how NCHPAD defines inclusion, and it takes a while to explain it to them.  I’ve asked hundreds of people with and without disabilities what inclusion means to them.  Inclusion is all about the ability for every person (with and without a disability) to gain independence and accessibility to everything they want to do. 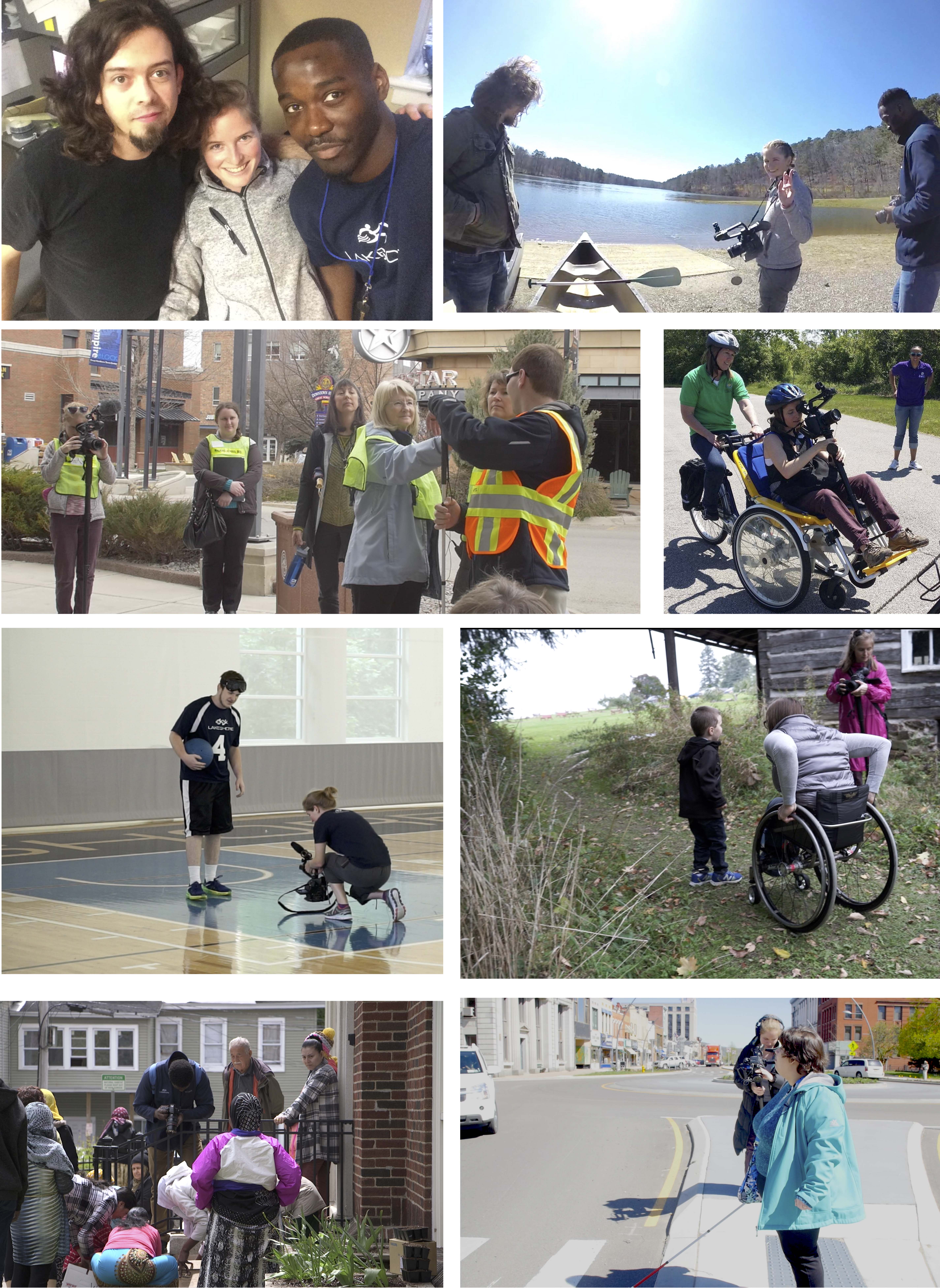 Every film has been a learning process and a fun way to tell a story.   I believe that the more visual, personal, and vulnerable a film is, the more it can resonate with a larger audience.  Making a film that shows a story visually is harder than you would think.  The filmmaker asking the questions has to gain the trust of the person answering the questions.  Questions asked should contain of answers that go beyond “yes” and “no” responses; moreover, they should revolve around the “through line” of the film.   Working with NCHPAD, I have also learned about communicating effectively and using person-first language.  This means simply stating the person first when referencing a disability, such as “a person who uses a wheelchair.”  It is important that people realize that people with disabilities are still able to do everything that a person without a disability can do; they may just do it in a different way.

Once all of the interviews and B-roll (visuals) are filmed for a documentary film, editing using Final Cut X, or Premiere Pro takes place.  Editing takes a while, even if the film is only supposed to be one minute long.  In order to make the films more accessible for everyone to view, they need to have closed captions (CC’s), and if possible, an audio description version.  It is important that the audio descriptions only appear over the visuals, and not while people are talking in the film.  Audio descriptions are important for people with vision loss, and CC’s are particularly important for individuals with hearing loss.  A lot of people do not realize that some films have an audio description on Netflix.  This is not true for YouTube and other theatres though.  The video industry has a long way to go before all films become accessible for everyone.
One question filmmakers ask themselves as well is, “How do we get more people to see this finished film?”  Compared to TIME, National Geographic, or other large companies in the Los Angeles area, NCHPAD is a smaller organization.  The films are usually five minutes or less and are posted on several social media platforms, such as YouTube, Facebook, or Instagram.  Over the years, I have realized that there are some other companies out there making films about people disabilities.  Some of the popular companies that share good videos about people with disabilities are NCHPAD, The Mighty, UPWORTHY, 60 Second Docs, and Paralympic Games.

The films do not always have to be documentary-based.  They can be more informational or more narrative-based.  It all depends on the subject, how long a person is able to work on a film, and whether or not there is enough money to make a type of film.  There are multiple grants available that can help make a film about people with disabilities possible:
-Disability Rights StoryTellers Fellowship, AAPD
-Leeway Funding
-POV Documentary Funding
Furthermore, short films are additional ways to capture the audience’s attention.  NCHPAD has produced hundreds of short films over the years.  While some individuals may be watching to learn how to choose a wheelchair or do a specific inclusive workout, others may look to learn how a mother stays active with her children or how to play a specific sport.  Check out some shorts films on NCHPAD’s YouTube channel or watch some of our most popular ones here:

If you want to make your own film about a person with a disability, study other films that are already available online and allow your creative juices to flow.  Professional cameras, lights, and microphones are used for NCHPAD productions, but that is not always necessary when you are first starting to make films.  Many interesting stories can be captured; it just takes the respect for the subject and the energy to finish a film once it is started.  Films take time and commitment.  Some popular films about people with disabilities took over five years to make.  I am proud to admit that each film has been a learning process for me, and that not every film is perfect.  The same goes for people.  Each individual is different, and as a videographer, I get to capture and highlight these strengths.  Films that promote inclusion and highlight both individuals with and without disability within communities are so beneficial and educational.