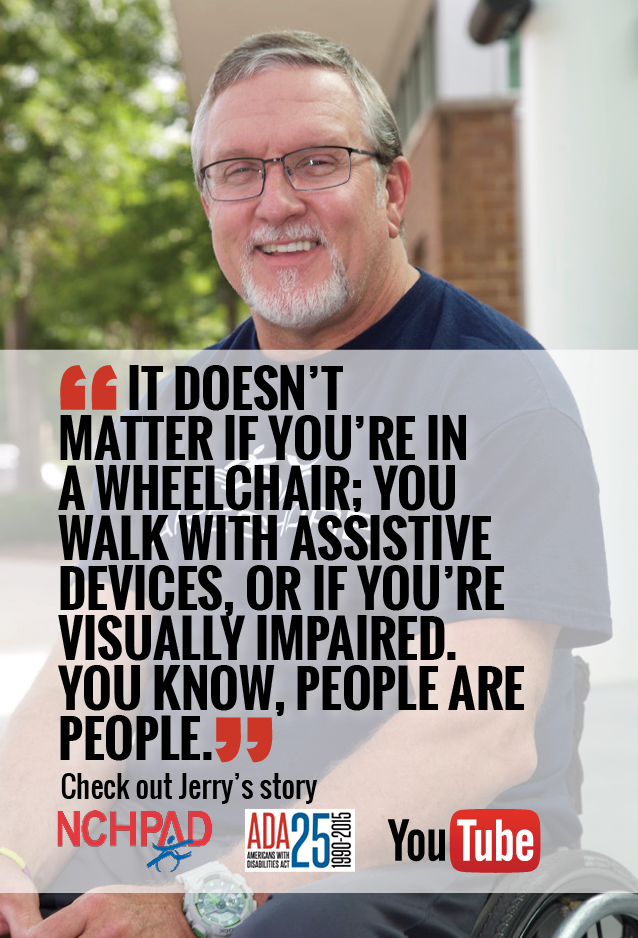 Jerry is a 55-year-old retired computer programmer who was born and raised in the greater Birmingham, Alabama area. Though retired, Jerry still works as a coach of Junior wheelchair athletics in both track and basketball.  He is a father of two, who is recently engaged and will soon be a father to two more.  Jerry was injured as a result of an automobile accident caused by a drunk driver which left him with an L1 incomplete spinal cord injury when he was seventeen years old.
Watch his story below: 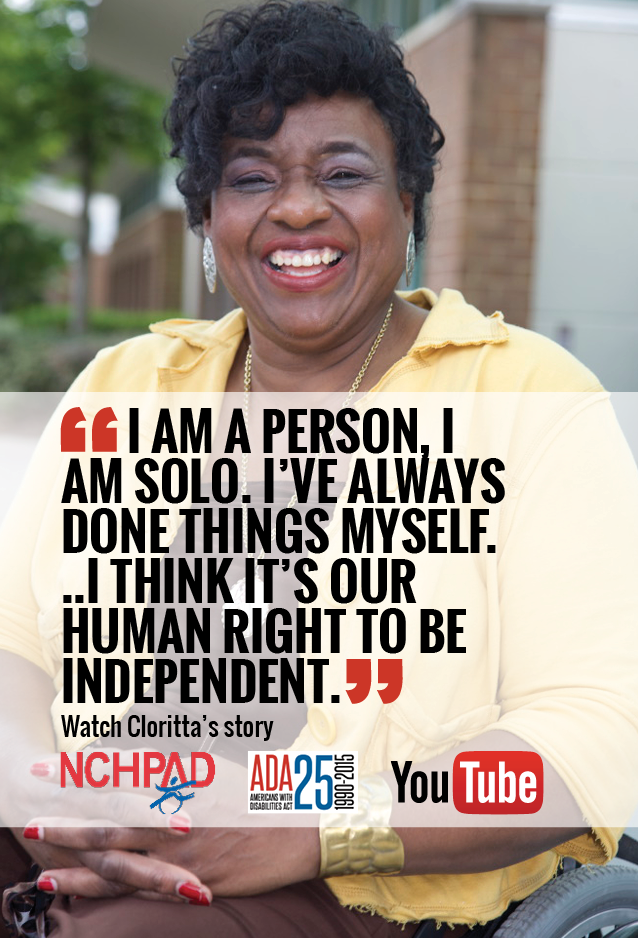 Cloritta is originally from Cleveland, Ohio, and is the mother of two boys.  She was injured by a stray bullet when she was 22 years old. Since then, Cloritta has had to learn how to do life from a wheelchair. She moved to Birmingham, Alabama in 2009 to take advantage of the city's opportunities for individuals with a disability, including Lakeshore Foundation.  Cloritta currently serves as a mentor for children with spinal cord injuries at Spain Rehabilitation Center and works with a leadership program at her church for underprivileged kids.
Watch her story below:

Cindy's Story
Cindy has lived in Alabama since 1978. She went blind at the age of 19 and attended a rehabilitation center to learn blindness skills in order to live as an independent person.  She is currently divorced, but will marry again in January.  Cindy has three children who live in Birmingham, and her youngest child is a junior at Troy University.  Cindy attended the University of Alabama at Birmingham and obtained a degree in Social Work. After college she went to work for the Jefferson County Department of Human Resources in Birmingham, and just eight years ago had the opportunity to work at the Alabama Institute for the Deaf and Blind as a Case Manager.  Cindy is very involved in a consumer organization called the National Federation of the Blind and is the Chapter President for her local chapter.  In her spare time she enjoys swimming, reading, and Auburn football.
Watch her story below: 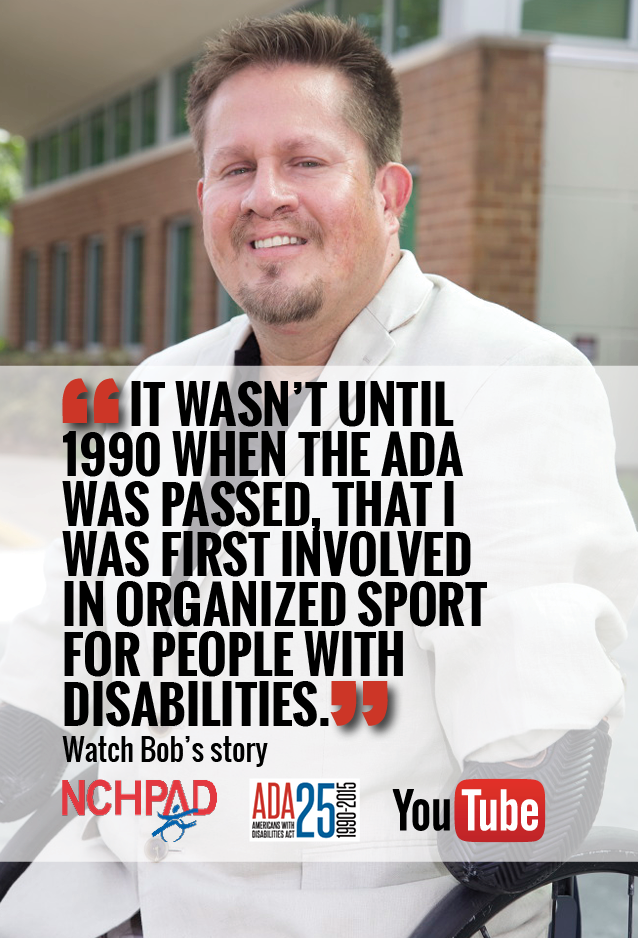 Bob's Story
Bob is an Information Specialist at the National Center on Health, Physical Activity and Disability. After earning a Pre-law degree at the University of Texas at Arlington, Bob earned a Master of Science degree in Recreation Sports Management at the University of Tennessee. Bob is a member of the Lakeshore Demolition wheelchair rugby team, which has 5 USQRA National Championships (98-2003). This led Bob to being selected to the U.S. Paralympic Rugby Team when they won the bronze medal at the 2004 Paralympic Games.
Watch his story below: