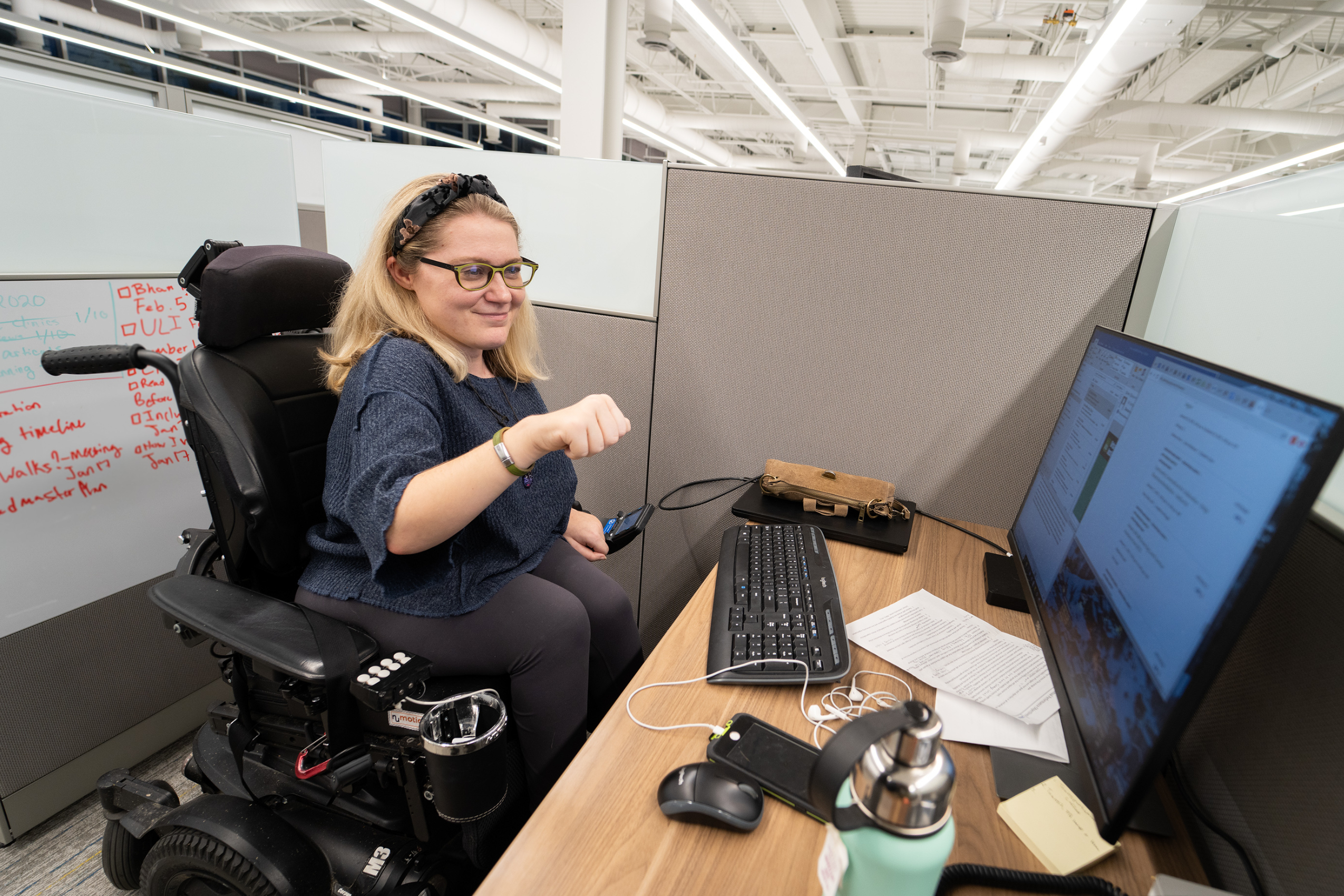 Weight gain occurs in healthy adults when energy intake is frequently more than energy expenditure. Energy expenditure refers to the amount of energy (calories) that a person uses to breathe, circulate blood, digest food and be physically active. Some individuals appear to increase energy expenditure in response to overeating without increasing exercise and thus maintain a stable body weight. This variation between individuals in terms of weight gain with overfeeding suggests that a thermogenic (heat producing) mechanism may be activated to prevent weight gain or obesity.

The three components of daily human energy expenditure are basal metabolic rate, the thermic effect of food and activity thermogenesis. Basal metabolic rate is the energy required for core body function, such as breath and keeping warm, and is measured at complete rest without food. It accounts for about 60 percent of daily energy expenditure in an inactive person. The thermic effect of food is the caloric cost of digesting and processing food and accounts for about 10 percent of daily energy needs. The final component, activity thermogenesis, can be subdivided into exercise and nonexercise activity thermogenesis (NEAT). This paper focuses on NEAT.

Nonexercise activity thermogenesis is the energy expenditure of all physical activities other than exercise and includes activities such as dancing, going to work or school, playing the guitar, or swimming. In this study by Levine, Schleusner, and Jensen (2000), the thermogenic responses to fidgeting-like activities were investigated in human subjects. Energy expenditure was measured using indirect calorimetry equipment that calculates the amount of heat living organisms produce by measuring the consumption of oxygen. To assess energy expenditure, 24 healthy volunteers (17 female and seven male) were placed in a temperature-controlled, silent laboratory environment with an indirect calorimeter and asked to do several activities. The activities that the volunteers performed were:  lying down at rest, sitting motionless, standing motionless, partaking in self-selected fidgeting-like movements both while seated and while standing, and walking on a treadmill at one, two, and three miles per hour. The subjects spent 20 minutes doing each of these tests. The order of these activities was fixed and instructions were standardized.

A more recent study by Herrmann et al2(2015), investigated the effect regular exercise bouts and NEAT’s effects on the ability to lose weight. In this study, 74 people were randomized to workout five days per week with the goal of burning 400 – 600 calories per exercise session. They engaged in these sessions for ten months. Exercises included mostly walking and jogging on a treadmill. Additional exercise included using an exercise bicycle and taking walks and jogs outside. Exercise session started at 150 calories per session and progressed up to a 500-calorie average for the final 6 months of the intervention. Workout progression was monitored using a monthly cardiovascular fitness assessment (ParvoMedics TrueOne 2400, Santy UT). Workouts were adjusted based on the result of the fitness tests to ensure 70 – 80% of max heart rate was being achieved in all workouts. Outcome measures included anthropometric (body circumference) measures, dietary recalls, RMR testing (ParvoMedics TrueOne 2400, Santy UT), Doubly Labeled Water to assess how many calories burned during the day, NEAT/Sedentary Time assessment using accelerometers.

Results from this study showed that of the 74 who completed the intervention, 40 participants (n = 20 men, n = 20 women) had a greater than 5% reductions in weight. 34 participants (n = 17 men, n = 17 women) did not respond to the intervention by showing less than a 5% change in weight. NEAT was shown to have increased over the ten-month period for responding men (Men = 142 + 531 kcal/day, P = 0.334) versus non-responder men (Men = -260 + 499kcal/day, P = 0.063). There was no significant change in NEAT between response and nonresponse women who participated. Those who failed to lose significant wight also had higher daily energy intake versus those who responded to the intervention (P = 0.038). These results prove that the combination of a regular exercise routine and increased NEAT had impact on men’s ability to lose weight over a 10-month period.

According to Mann et al3, it may be especially significant to not only increase exercise bouts but also NEAT for people with mobility disabilities. Mann suggests that research could move towards clinical therapists focusing on teaching interventions that reduce sedentary time and increase light intensity activity.

In conclusion, the potential for individuals with disabilities to reduce and maintain healthy weight could be impacted significantly through NEAT. Future research should investigate Non-exercise behaviors in direct combination with specific exercise interventions, and dietary intake to determine the best way to reduce obesity in people with mobility disabilities.