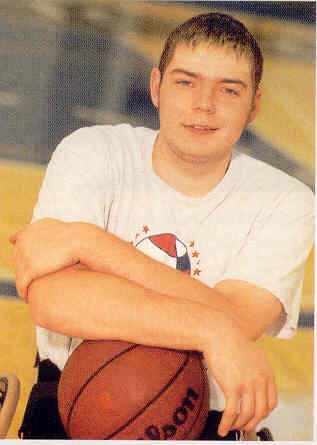 It is with great pleasure and honor that I have been given this platform and ability to share my experience, as well as the valuable lessons that I have learned over my two and a half decades involved with adapted athletics. My name is Jeremy Campbell, and I am currently a part-time employee at Lakeshore Foundation (editor's note: Lakeshore Foundation is located in Birmingham, Alabama, and is home to NCHPAD). This is my story.

I was born with spina bifida, a congenital birth defect that does not allow for the proper formation of a baby’s spine during pregnancy. From birth to age 7 I used several devices to aid in ambulation, from walkers and crutches to braces and body casts. I must have felt like a human lab experiment, having gone under anesthesia some 15 times by the time I was in the 2nd grade. This is truly a difficult experience for any child, but a common one for a youth with physical disability.

I was in the 2nd grade when a friend of mine, Brad Lawler, invited me to come to Lakeshore Foundation with him to play wheelchair basketball. What a transformative event. There was no way of knowing that by accepting that invitation I was placing myself on the path that I now look back on as my life. I met my mentor, my hero, and the most influential person to ever touch my life that day back in 1992. 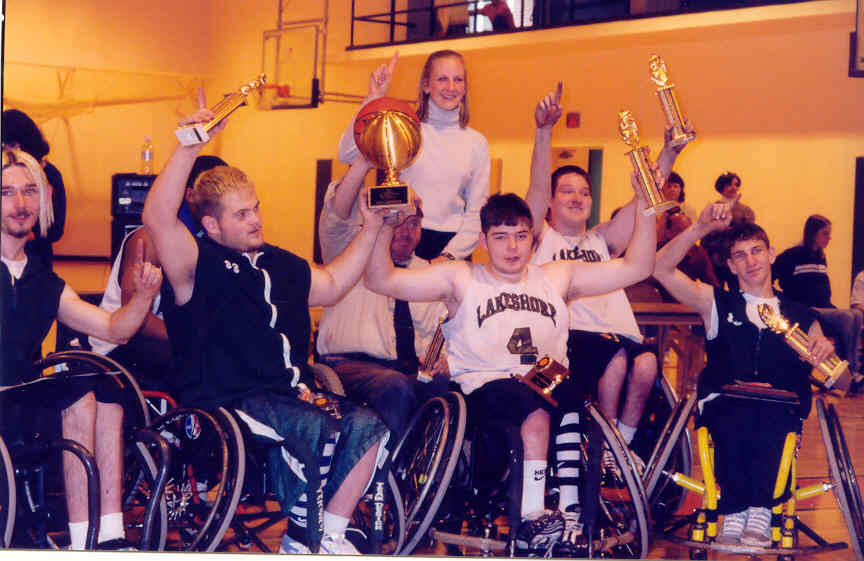 Every child who suffers from the debilitating factors of life with physical impairment should have a person like former Paralympian Kevin Orr in their corner. Kevin armed me with much more than the ability to shoot a three-pointer. He used to meditate on the concept, “If you give a man a fish, he eats for a day; if you teach a man to fish, he eats for a lifetime.” What beauty these words hold. Society tells us in passive ways that as persons with disabilities, we aren’t quite good enough, that we will not be able to attain our dreams and goals. What Kevin taught me, what he infused into my soul and the fiber of my being was this: fight, try to be better. Do not lower the bar and leave it where others have placed it. Teach yourself to fish and attain all that is out there for you.

I began playing wheelchair basketball at age 8, although there would not be a team for me to compete on until I was 11 years old. My skills grew with dedication to the fundamentals, and from age 13 up to high school graduation I was rostered on both our junior varsity (Lakeshore Lakers) and adult basketball teams (Lakeshore Storm). In 2001 -- the most successful of my basketball seasons so far -- I helped both teams achieve national titles. Upon graduation from high school I accepted an athletic scholarship to the University of Wisconsin-Whitewater to compete in wheelchair basketball at the collegiate level. It was during these years from 2003 to 2008 that I flourished athletically. I helped lead the Warhawks to four championships during my tenure in the frozen tundra. In 2006 I was selected to the USA Men’s wheelchair basketball team that received a silver medal at the World Championships in Amsterdam, Holland.

Upon completion of my eligibility in 2008 I took a job working for Invacare Topend, a high-end sport manufacturing company based out of St. Petersburg, FL. It was in this particular year that the Orlando Magic, overcoming great personal tribulation, sought after and won the National Championship for the only time in its program’s history. In the eight seasons from 2001 through the end of the 2009 season, programs I was a member of competed in nine National Championship games, winning six. I was given four MVP awards across three different divisions, and I traveled, competed and instructed on five continents in 20 countries. These moments all prepared me to leave Florida in the fall of 2009  to become a professional wheelchair basketball player in Taranto, Italy. 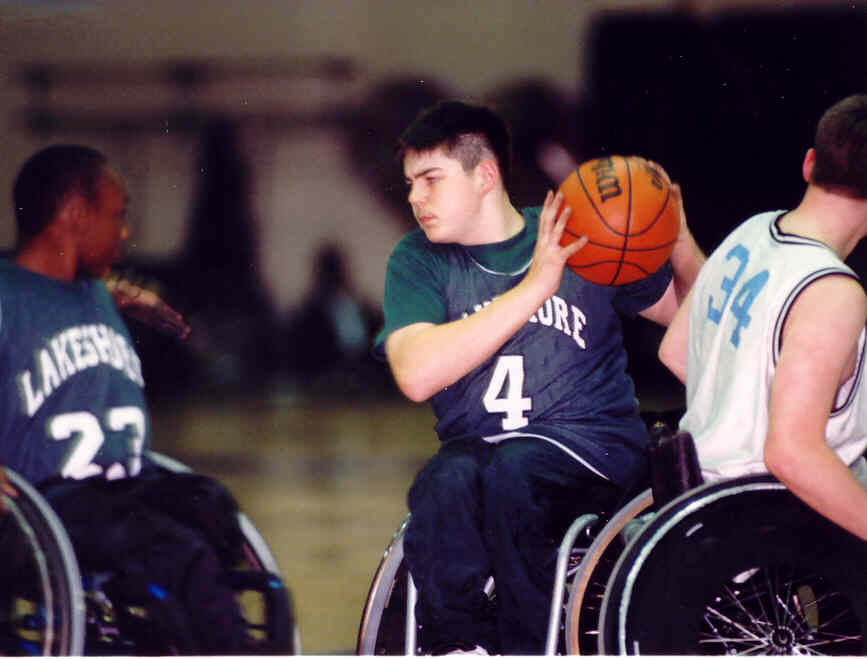 I have had great success, much of which I attribute to blessings I received from Lakeshore Foundation. Without people like Kevin Orr and countless others, I may indeed have been just another statistic. My life has been beautiful, even without the ability to take a single step. I would encourage you to take a page from Kevin’s book and pick up your rod and reel:  learn to fish. We are all here waiting to work with you to make you a happier, healthier, and better version of yourself. Make the first move and you will be amazed. You do not have to travel the world; start small and by the time you are comfortable even your own perspectives will change.