Kids Korner: It's Time for Fall! 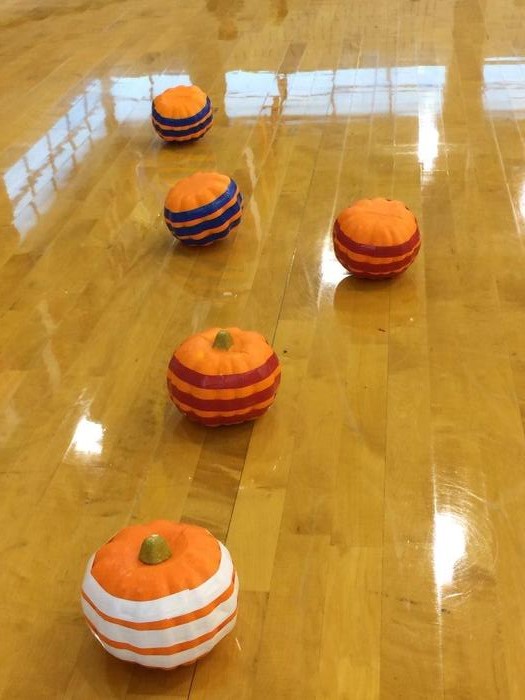 This is a great game that can be played by every member of the family. You can use the same rules as Bocce, but with pumpkins instead of Bocce balls. Here’s how it works:  designate an area in your yard then mark it off with tape, chalk, or any other identifying markers. Have one person roll out the first game pumpkin. It must land somewhere within the marked off area. Then take turns trying to roll your pumpkins toward that first game pumpkin. The winning team is the one that gets the closest. If you have multiple pumpkins for each team, add up the points. Any pumpkin that falls outside the designated area would earn negative points. The pumpkin that lands closest to the first earns the most points, the next closest earns the second most points, and so on until all pumpkins have been counted.

Here at NCHPAD we have rebranded the term "walking" to be inclusive of the way everyone gets around. Whether it be traditional walking, using a walker or even a wheelchair, or any other form of mobility, "walking" can still refer to you. So, for this game you have to give us your best turkey trot, whatever that “trot” might look like for you. Mark off two lines at least 10 feet apart. Have one “turkey” demonstrate their trot from one line to the next. Then have everyone else follow behind trying to mimic the first turkey’s trot. The first turkey can pick the best turkey trot imitator and then it’s the winner’s turn to try out their best turkey trot and so on.

Well, it is turkey season, so why not go on a turkey hunt? Only this turkey hunt won’t end with any dead animals. Cut out a whole flock of turkeys from construction paper. They can be any size (depending on the age of your hunters). Have one person hide the turkeys all over the house, yard, or neighborhood, then can send everyone out hunting until all the turkeys have been found. You can hint that someone’s getting close by using your best turkey gobble impersonation instead of saying “warmer” or “colder.” The closer they get, the louder the gobble.

These are just a few ideas we came up with to help you enjoy an active holiday season. Let us know what you decided for your healthy habit or active family tradition this year!