The game has gained tremendous popularity since its creation in the 1990s.  It can be played in any number of formats with varying numbers of participants and types of courts/fields, rules, and equipment used.  This is one of the greatest strengths of the game, as it can be adapted to accommodate any number and variety of players.

Benefits of Playing the Sport

The game offers many potential benefits to all of its players with and without disabilities.  Players using manual wheelchairs must engage in many quick and powerful movements, such as cutting, blocking, sprinting, and tackling, that require and may help build cardiovascular and muscular strength.  Participants who have difficulty or are unable to push and use designated pushers (individuals who push and maneuver their chairs) who may miss out on some of these physical benefits can still reap the many social and mental benefits associated with being included as part of a team in a competitive environment. 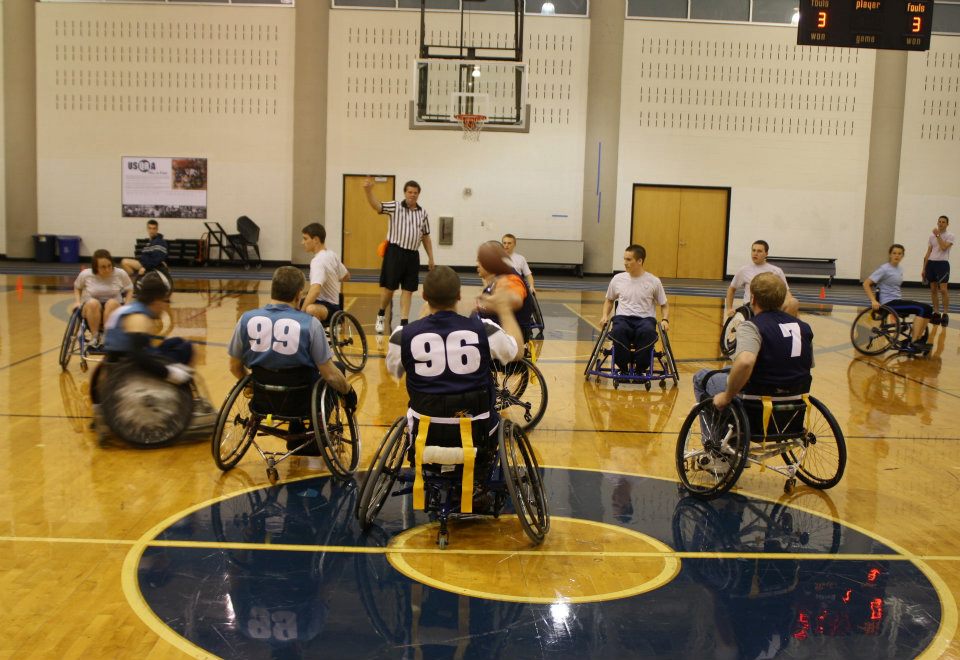