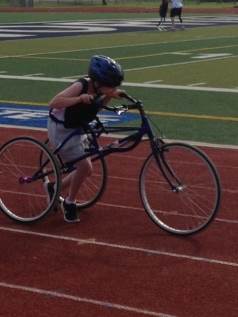 Meet Jody Putman, the National Record Holder for both shot put and discus for his age and class. He also happens to have Ataxia-Telangiectasia(A-T).

A-T is a rare genetic disability affecting approximately 400 children in the United States. It affects a wide range of bodily functions and can seem similar to cerebral palsy, which is why it’s often misdiagnosed. One of A-T’s main characteristics is a loss of muscle control. Most kids with A-T have to use a wheelchair by age 10. Kids with A-T also have a 1000-fold greater chance than the general population of developing cancers, specifically lymphoma or leukemia. Traditional methods for curing these cancers are not practical, as radiation speeds the degeneration of the brain, advancing their symptoms.

If you were to observe Jody on a typical day of school, you would probably say he is a quiet, reserved child who only speaks when spoken to and doesn’t actively seek out friends. But if the classroom is the only place you observe Jody, you are missing out. The real Jody is the one that comes out of his shell when he is in his comfort zone, competing and hanging out with his track and field team.

Jody is the youngest member of his junior disability track and field team, but nobody would know by the interaction between him and the other athletes. Jody took to the team almost immediately, joking around with the older and cuter (Sorry, Jody!) high school girls and becoming a coach’s favorite.

Although talking and test taking can often be a challenge for Jody due to his disability, his mind functions soundly, balancing genes from his mechanically minded father and accountant mother. In fact, Jody is helping his dad design his next field chair so that he can throw even farther come next track and field season. 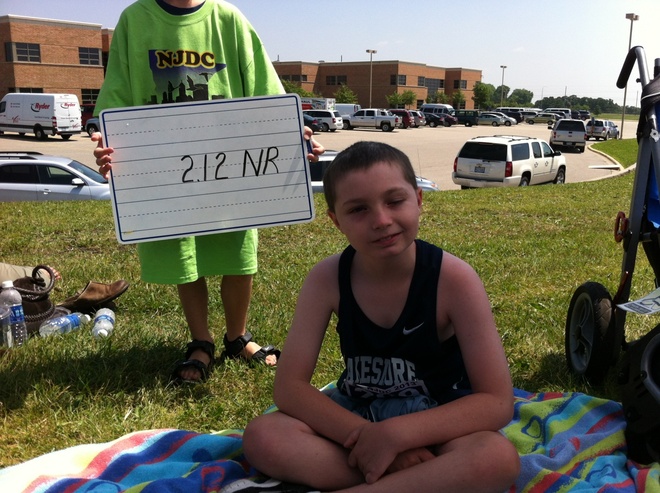 Jody is one of those kids you love to coach because he is actually listening to every word you say and figuring out in his mind how he can make his body do what you just asked him to do. At 11, he understands the importance of technique, which is a good thing since the A-T affecting his muscle mass prevents him from “muscling it” like many youth do in field events.

Jody sees himself just like every other kid, so much so that one day while driving home with his dad Jody asked, “What’s my disability?” His disability, while affecting every aspect of his life, doesn’t affect his self-image in the least. In fact, when asked about his wobbly gait, he says he isn’t bothered by it. And Jody really is like every other 11-year-old boy; he loves video games, chicken fingers, and milkshakes. Also like most 11-year-old boys, Jody’s goal is to one day compete on the world’s most elite stage of athleticism. But instead of dreaming of becoming an Olympian, he dreams of being a Paralympian.