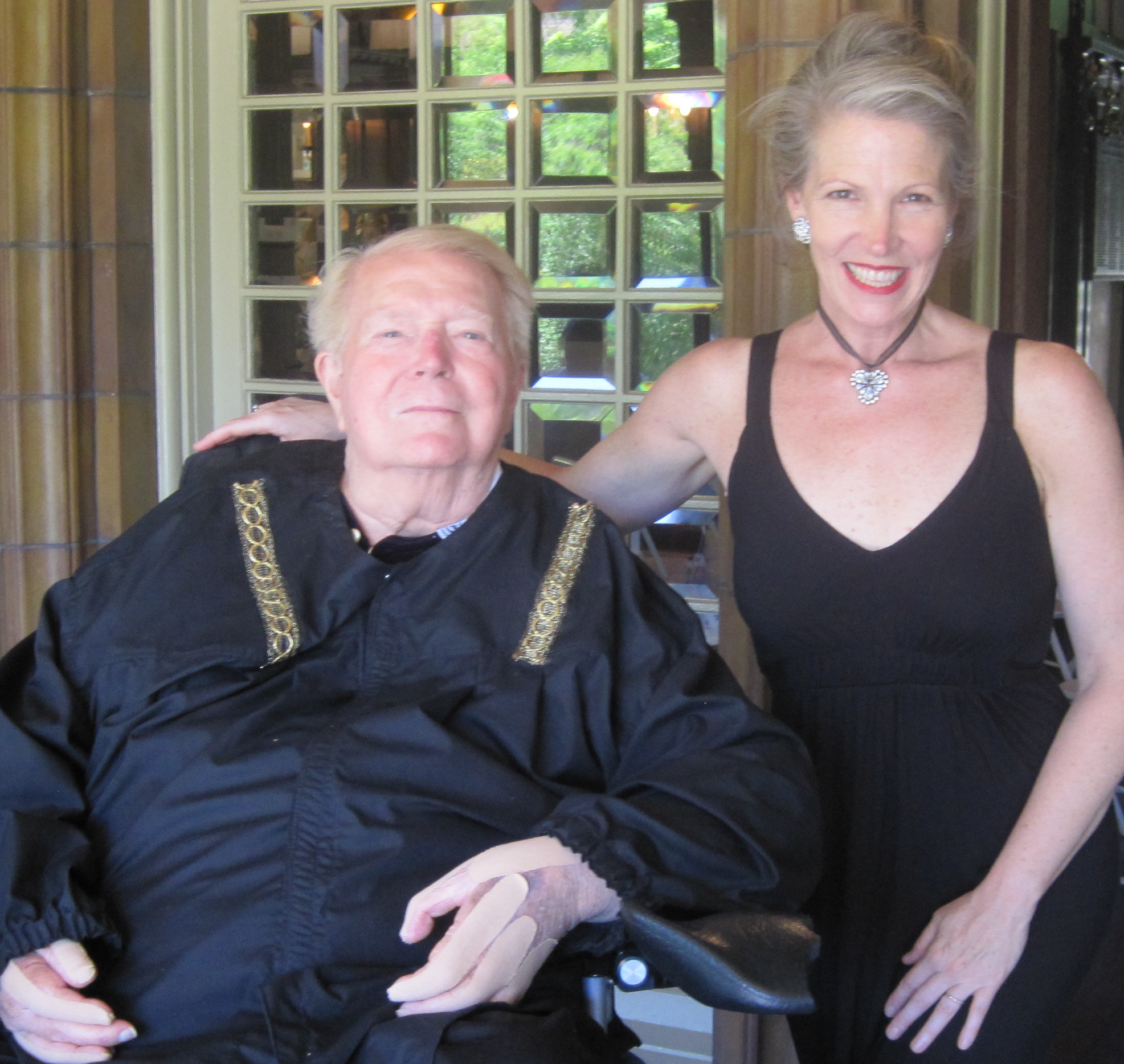 Dr. Bloom suffered an incomplete C3 spinal cord injury at the age of 79.  After a long hospital stay, he moved to an inpatient rehabilitation hospital for physical and occupational therapy, and nearly five months after his injury, he came home.  He continued outpatient physical and occupational therapy after moving home.  Post therapy, he came to Lakeshore Foundation in Birmingham, Alabama, for aquatic body work and land-based personal training.  Dr. Bloom regained some strength in his upper body and his range of motion and dexterity improved.  He made progress in strengthening his legs.  Dr. Bloom and his family were 100% dedicated to improving his quality of life.  Their dedication was paying off and he was progressing, but after 4 and 1/2 years Dr. Bloom’s motivation was waning and the work sometimes felt tedious.  He was also experiencing some depression.

In the 14 months that he has been doing Acting as Movement Therapy, Dr. Bloom’s upper body range of motion has increased and he experiences greater dexterity in his hands.  He can sit without arm rests for over an hour due to the gains in his core strength and has regained the ability to feed himself.  Mentally, he has been challenged by Shakespeare and the work of creating characters.  He feels happier and is more outgoing while inspiring others with motivation to keep going and try more new things.

When Dr. Bloom was rushed to the hospital after aspirating on a piece of food, he was told by a respiratory therapist that his acting work may have saved his life.  The exercise his lungs receive from deep breathing and vocalization work kept him breathing even with an infection in his lungs.

Dr. Bloom has given three public performances and is working on his fourth which will be offered in the late fall of 2013.  After tackling the tragedies of Hamlet and Richard III, he is now busy with his first comedic role as Petruchio in The Taming of the Shrew.